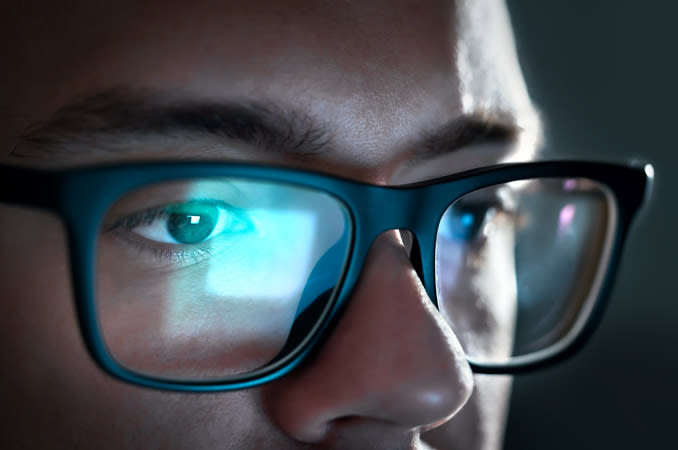 (IANS) Scientists, including one of Indian-origin, have developed smart eyewear to track eye movement and cardiac data without compromising users comfort.

The eyewear known as ‘Chesma’ provides accurate measurements in an everyday environment for physiological and psychological studies.

“Our mask can track people’s eye movement as they’re shown images, so you can start to understand what they’re paying attention to, for how long, whether they keep finding other places to look,” said senior author Trisha L Andrew from University of Massachusetts Amherst in the US.

Current technology for eye movement tracking relies on electrooculography (EOG), a technique designed over 50 years ago to measure the eye’s electrical potential changes.

“The problem is that you have to stick those adhesive electrodes on your face. But people tend to be a little finicky about stuff put on their face, unsurprisingly,” Andrew said in a paper published in the journal Matter.

One challenge in designing smart wearable is developing products that provide both accuracy and comfort.

To achieve that, the research team developed a novel hydrogel electrode by growing polymers on fabrics.

Reaching the nooks and cranny of the fibre pattern, the hydrogel polymer bonds to and covers the fabric’s topology, resulting in a mechanically stable coating that is imperceptible to one’s eye and touch, the team said.

They then combined these hydrogel electrodes with a pulse sensor to create an eye mask that can track eye movements and collect cardiac signals from the artery located at the brow bone.

“Our team was able to really address that core problem to create a garment that you would be willing to wear and give you clinically accurate results when you use it,” Andrew said.

One clinical use of the mask might be to monitor sleep.

One of the biggest classifiers between sleep stages is how radically you move your eyes,” she said.

“We could correlate some of these sleep stages and also start to understand whether you have sleep disorder problems or if you have some underlying heart rate issues,” Andrew informed.

Besides performing as well as the adhesive clinical electrodes currently in use, the hydrogel electrodes used in ‘Chesma’ are extremely durable.

The hydrogel can resist long-term build-up from makeup, pollution, and skin waste that may fault the electrodes, as well as withstand 15 laundry cycles.

The researchers found that Chesma’s signal did not display any degradation after six hours of continuous use without rehydrating the hydrogel, suggesting that it could be worn for long periods of time.

The research team now aims to reduce the power demand of the device, which would allow users to charge the device once every three nights instead of every 8 hours.