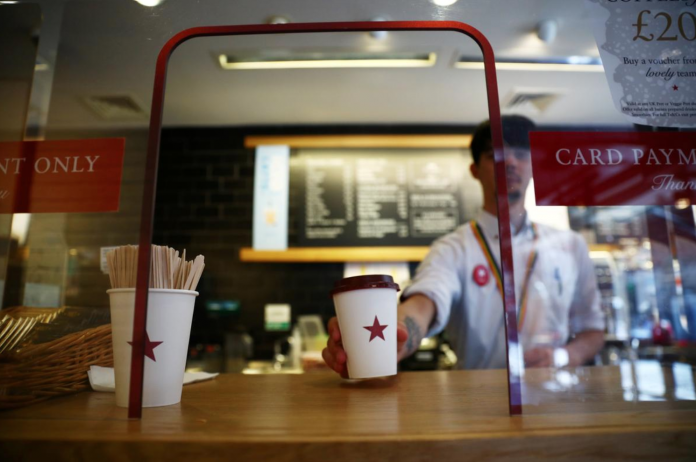 British coffee and sandwich chain Pret A Manger is cutting 2,800 jobs as it completes restructuring of its UK business following a hit to customer demand from the coronavirus crisis, it said on Thursday.

Pret, owned by investment group JAB Holdings, said trade across its UK shops remains 60% lower year on year even as sales and footfall started to show some signs of recovery.

British retailers have cut the most jobs this year since the depths of the financial crisis and expect losses to accelerate, the Confederation of British Industry said on Tuesday, adding to warning signs of an expected sharp rise in unemployment.

“Although we’re now starting to see a steady but slow recovery, the pandemic has taken away almost a decade of growth at Pret,” Chief Executive Pano Christou said.

Pret’s decision to cut jobs is a reflection of shorter opening hours, lower transaction levels, and the losses it has incurred this year as the COVID-19 pandemic kept customers away.

The company in July closed 30 UK shops as it experienced a much slower recovery in the UK compared to the other countries in which it trades.

Pret, which has 367 shops in the UK and a further 130 shops abroad, said it will employ 6,000 team members in the UK after the conclusion of all its ongoing consultations.