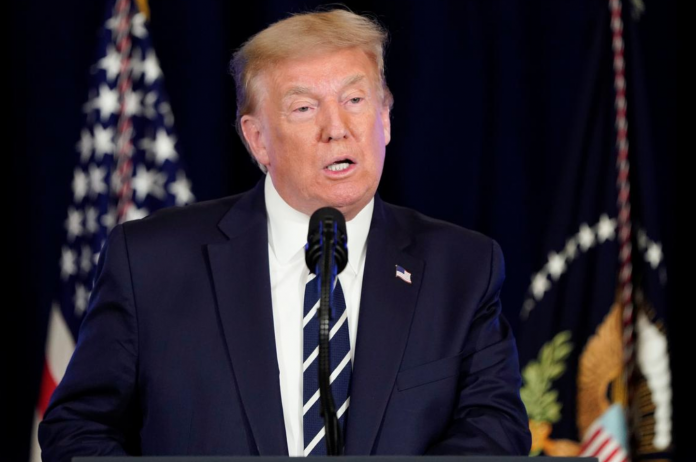 President Donald Trump on Saturday plans to sign an executive order intended to provide economic relief to Americans hurt by the coronavirus pandemic after the White House failed to reach a deal with Congress, a White House source said.

“Amid congressional inaction, POTUS will be taking action to help Americans in need,” the official told us. Trump is due to give a news conference at 3:30 p.m. ET (1930 GMT).

Nearly two weeks of talks between White House officials and congressional Democrats ended on Friday with the two sides still about $2 trillion apart on next steps to address the heavy human and economic toll the coronavirus pandemic has taken on the United States.

The global pandemic has killed more than 160,000 Americans and thrown tens of millions out of work. Trump initially played down the disease’s threat and has drawn criticism for inconsistent messages on public health steps such as social distancing and masks.

House of Representatives Speaker Nancy Pelosi and Senate Minority Leader Chuck Schumer on Friday offered to reduce a proposed $3.4 trillion coronavirus aid package, which the House passed in May but the Senate ignored, by nearly one-third if Republicans would agree to more than double their $1 trillion counter-offer.

Senate Majority Leader Mitch McConnell’s $1 trillion package unveiled late last month ran into immediate opposition from his party, with as many as 20 of the Senate’s 53 Republicans expected to oppose it.