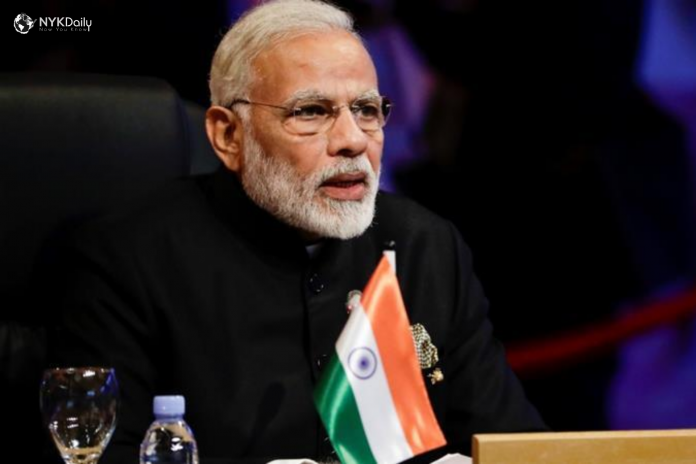 Prime Minister Narendra Modi has said that the new National Education Policy (NEP) will change the focus from ‘What to Think’ to ‘How to Think’.

Outlining the major shift in the education policy, Modi said, “In our education system the focus has been on ‘What to Think’ while the new Education Policy will emphasise on ‘How to Think’.”

Addressing all stakeholders in the meeting, Prime Minister Modi said that an effort is being made to ensure the talent in India is retained to keep developing the country for the generations ahead.

The Prime Minister said, “A new era of dialogue and coordination with universities, colleges, school education boards of different states involving various stakeholders is going to begin. Dignity of teachers has been taken special care under the National Education Policy.”

On the issue of language in the education system, Prime Minister Modi said, “There is no doubt that if the language spoken by the children and the language of learning in school are same, it will improve the speed of learning in children. Hence, it has been agreed to teach children in their mother tongue till the fifth grade.”

Modi said in the present world there is no shortage of information and content. The effort now is to emphasise on ‘Inquiry, Discovery and Analytics’ based methods for children to learn.

This will increase the urge for learning in children and increase their participation in the classes.

The Prime Minister said every student must get this opportunity to follow their passion. A student could follow any degree or course according to his convenience and need and, if they like, they can leave it as well. This is the thinking behind freeing education from choosing streams, multiple entry and exit as well as following a credit-based system. We are moving towards the times where a person is not restrained to one profession throughout their life. For this it is a must for children to constantly upgrade their skills and learn new skills, too.

Addressing academicians, the Prime Minister said that the world has high expectations from 21st century India. India’s ability to deliver talent and technology solutions to the whole world is also included in our new education policy.

Describing the features of the new education policy, Modi said the virtual lab concept is going to realise the dreams of better education for millions of children who could not read such subjects in which lab experiments are necessary. When these reforms are seen in institutions and infrastructure, only then can the National Education Policy be implemented at a more effective and rapid pace.