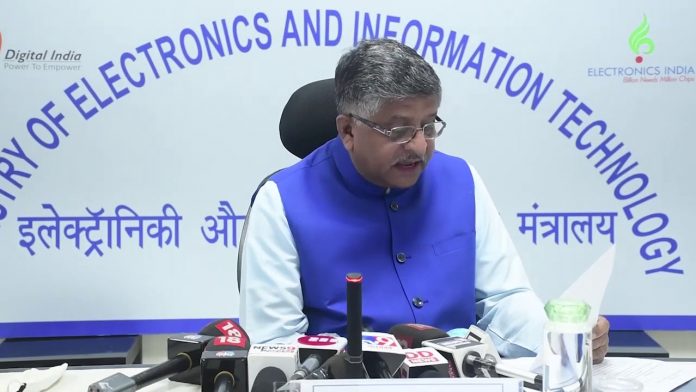 (IANS) With a total of 22 companies filing their application under the Production-Linked Incentive (PLI) scheme announced by the government to boost electronics manufacturing in the country, experts on Saturday said the scheme can lead India to global leadership in mobile phone manufacturing.

The scheme will bring additional investment in electronics manufacturing to the tune of Rs 11,000 crore, according to the government estimates released on Saturday.

“The PLI will also unleash animal spirits in the potential Indian champions who are envisaged to grow to be global leaders in times to come,” Pankaj Mohindroo, Chairman, India Cellular & Electronics Association (ICEA) said in a statement.

The PLI scheme for large scale electronics manufacturing was notified on April 1. The scheme extends an incentive of 4-6 per cent on incremental sales of goods under target segments that are manufactured in India to eligible companies, for a period of five years subsequent to the base year (FY2019-20).

The total cost of the scheme is expected to be Rs 40,995 crore which includes an incentive outlay of approximately Rs 40,951 crore and administrative expenses to the tune of Rs 44 crore.

The scheme was open for filing applications till Friday and incentives are applicable under the scheme from Saturday.

Out of these, three companies namely Foxconn Hon Hai, Wistron and Pegatron are contract manufacturers for Apple iPhones.

Major Chinese players like Vivo and OPPO stayed away from the PLI scheme amid the border tension and rising anti-China sentiments in the country.

IT Minister Ravi Shankar Prasad said that the scheme is expected to promote exports significantly. Out of the total production of Rs 11.5 lakh crore in the next five years, more than 60 per cent will be contributed by exports of the order of Rs 700,000 crore.

“Over the short-term, India stands to potentially gain from a multiplier effect that brings more electronics component players into the ecosystem, contributing to greater value addition locally, and a better integration into the global value chains,” he said.

Domestic value addition is expected to grow from the current 15-20 per cent to 35-40 per cent in case of mobile phones and 45-50 per cent for electronic components, it added.

India has already emerged as the second largest mobile phone manufacturer in the world after China.

In the last five years, more than 200 mobile phone manufacturing units were set up, the IT Minister said in June.