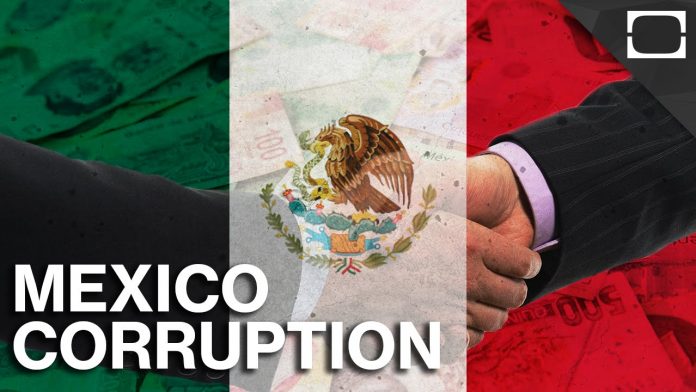 An unverified video showing piles of cash being handed to Mexican congressional staffers went viral on Monday, fueling a corruption scandal that is already convulsing the country even as the clip’s source and context remain unclear.

President Andres Manuel Lopez Obrador, who has made combating graft his top issue, earlier in the day said the public should see all evidence linked to bribes allegedly paid to lawmakers that led to the passage of reforms he opposed.

During his regular morning news conference, he specifically referenced a video introduced as part of sworn testimony in a corruption case in which the former head of Mexico’s state-run oil company Pemex has accused Lopez Obrador’s predecessor of ordering bribe payments.

Hours later a shaky four-minute clip appeared on YouTube showing plastic bags filled with neatly bundled stacks of cash apparently being turned over to two senior Senate staffers who then worked for the opposition National Action Party, or PAN.

The source of the video remains unclear, as does the date and location it was recorded.

An official with the attorney general’s office told us the video was not part of evidence obtained from ex-Pemex CEO Emilio Lozoya, who last week filed a complaint accusing his boss, former President Enrique Pena Nieto, and another senior aide of ordering a wide-ranging bribery scheme.

One of the Senate staffers in the video, Guillermo Gutierrez, was promptly fired by tweet from his post as personal secretary to the PAN governor of Queretaro state after the video was released.

The other staffer, Rafael Caraveo, denied on Twitter the cash was a bribe, but offered no further explanation.

The video was posted to a YouTube page created on Sunday under the name of Lozoya’s brother, Juan Jesus.

A public relations firm representing Emilio Lozoya said in a statement, though, that their client’s brother does not have a YouTube page, and that a criminal complaint would be filed for the appropriation of his identity.

Last week, the attorney general said Lozoya had testified he received more than 100 million pesos ($4.5 million) from Brazilian construction company Odebrecht that was in part used to buy votes in Congress.

Odebrecht has admitted to paying bribes in Mexico.

The signature reform passed by Congress during Pena Nieto’s term was an energy overhaul that ended Pemex’s monopoly and was bitterly opposed by Lopez Obrador.