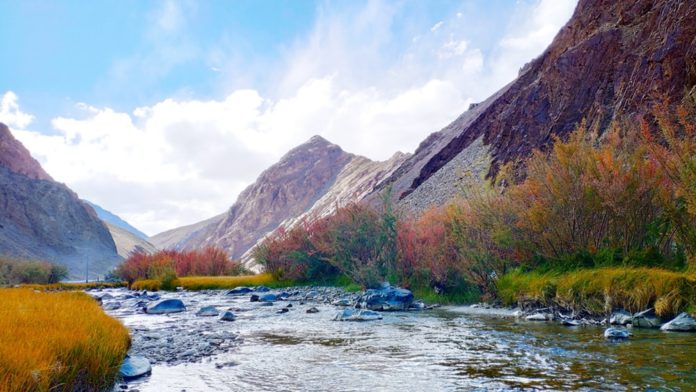 In a detailed note, the government said the Jhelum Flood Mitigation Project (Phase-I) has been completed with the carrying capacity of the river Jhelum increased by 10,000 cusecs. Phase-II of the project is to begin soon, aimed at increasing the carrying capacity by an additional 15,000 cusecs, data said. The project got in-principle approval in June last year under the then Governor Satya Pal Malik, officials said.

The State Administrative Council (SAC) is working on the plan for flood management works on Jhelum at a cost of Rs 5,411.54 crore. The project is proposed to be implemented part-wise with Part A amounting to Rs 1,684.60 crore approved under Prime Minister’s Development Package (PMDP) and Part B for which the source of funding is to be identified.

The project has been formulated to achieve the short-term goal of mitigating the flood threat at Sangam in south Kashmir’s Anantnag district.

The department is tasked with exploring financing options for Part B of the project’s second phase. A high-level committee has been constituted as per SAC’s direction to examine the detailed project report (DPR), regular follow up with Central Water Commission (CWC) or government of India for its approval, identifying source of funding for part-B (of phase-II) and also regular monitoring and supervision of execution of various works under both phases of the project.

After the devastating floods of September 2014, and on the recommendations of a high-level committee, constituted by the Centre, a multi-pronged strategy was adopted for flood mitigation in Kashmir Valley. Accordingly, action was envisaged in two phases under PMDP to enhance the carrying capacity of the river Jhelum from the then 31,000 cusecs to 60,000 cusecs.

This is among the 35 achievements of the J&K government that it claims to have achieved within one year after the nullification of Articles 370 and 35A, which gave special status to the erstwhile state, followed by bifurcation of the region into two Union Territories – Jammu & Kashmir with an Assembly and Ladakh without one.

The other achievements include application of all central Laws and major changes to state laws; massive anti-corruption action by Anti Corruption Branch (ACB); domicile certificates being made basic eligibility condition for government recruitment; largest ever recruitment drive under which 10,000 posts already advertised and special recruitment rules enacted; amendment to Reservation Act to include Paharis, International Border residents and Economic Weaker Sections; Income ceiling of Backward class increased from Rs 4.5 to 8 lakh; land registration process moved from courts to executive; power department unbundled and five Corporations set up to focus on improved service and stable revenues.