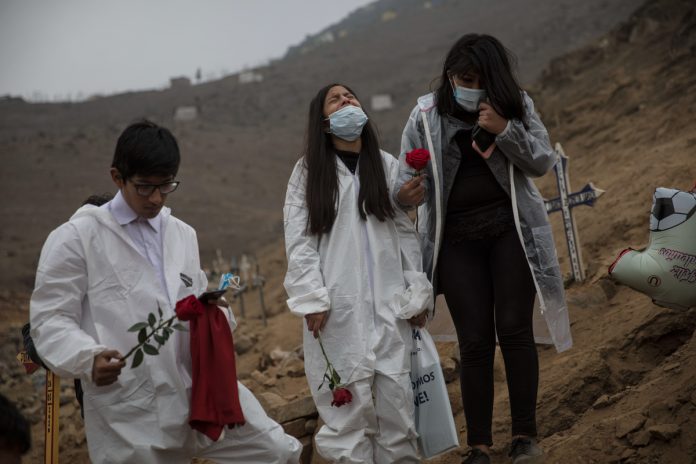 Peru surpassed half a million coronavirus cases and has the highest fatality rate in Latin America, according to health ministry data on Thursday, as the government struggles to contain a recent surge of infections.

There have been 507,996 confirmed cases and 25,648 related deaths, vice health minister Luis Suarez said at a news conference.

President Martin Vizcarra, speaking earlier on Thursday from a public event to pay tribute to 120 doctors who have died from COVID-19, blamed the recent spike in infections on an uptick in social and sporting events and a lax attitude by the public.

“There has been too much confidence on the part of the population,” Vizcarra said.

“Let’s learn from history, correct mistakes and now we are united despite the discrepancies in some of the decisions that are made,” he added.

Vizcarra on Wednesday banned family gatherings, reinstated a blanket Sunday curfew and extended lockdowns to five more regions of the country as figures revealed a 75% surge in infections among children and adolescents.

The first case of coronavirus appeared in Peru, the world’s second-largest copper producer, on March 6 and a week later the government imposed a strict quarantine, halting almost all production activity. Its economy is expected to contract this year by 12% under the weight of the pandemic, according to central bank projections.