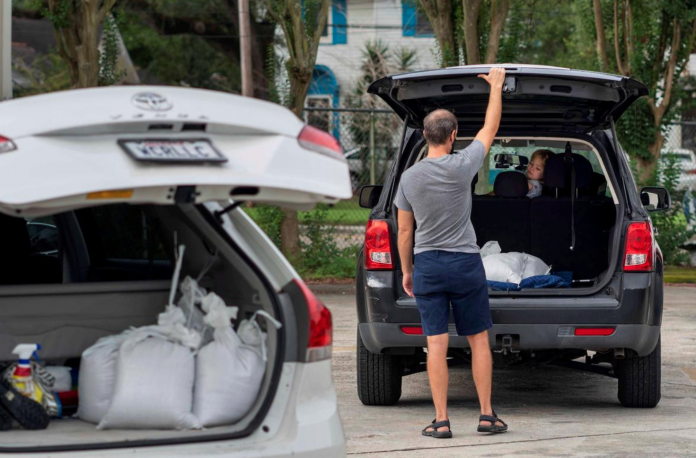 A hurried evacuation of a half million Texas and Louisiana residents ahead of Hurricane Laura has clogged highways, while COVID-19 precautions slowed public transportation for evacuees who needed it and complicated temporary housing arrangements.

The storm strengthened and is forecast to bring 145 mile (233 km) per hour winds to the Texas/Louisiana border near midnight on Wednesday. Warnings for an “unsurvivable storm surge” and “catastrophic damage” led officials in each state to call for residents to flee inland.

Local officials advised residents with personal vehicles to take them. For those boarding buses out of the area temperature checks were required. Evacuees were being assigned to far-flung hotels to avoid large groups at shelters.

In Galveston County, Texas, which ordered a mandatory evacuation of low-lying areas on Tuesday, buses brought residents inland, but capped the number on each at 15 to 20 people because of the pandemic, said county official Zach Davidson. Officials also arranged for ambulances for those diagnosed with COVID-19.

“We have stressed to people, when you’re building your hurricane kit, put in a mask, hand sanitizer, gloves,” he said.

Texas state officials were directing those fleeing the storm to hotels in Dallas and elsewhere after an Austin intake center was overwhelmed with requests for housing overnight.

Jared Brown, 39, left Lake Charles, Louisiana, early on Wednesday and was headed to Austin to stay with a friend. He wanted his family to avoid hotels closer to home due to the pandemic.

“I told (the friend) if he didn’t want us to stay I would understand,” Brown said at a pit stop outside of Houston to fill his automobile with fuel. “Luckily he didn’t mind.”

Another evacuee, Veronica Carresco, was carting a full complement of antiseptics on the way to Midland, Texas. “We’re just being cautious. Masks, Lysol, hand sanitizer – we’re doing all of it,” she said.

Large-scale evacuations could increase COVID-19 cases in evacuees’ origin and destination counties, according to a study by Columbia University and the Union of Concerned Scientists. It advised evacuees to be assigned to areas with low virus activity and encouraged them to follow social distancing guidelines and to wear masks and protective gear.

Texas and Louisiana were both hot spots for the pandemic earlier this year, but new case trends have since declined.

Even with the pandemic risks, residents should obey mandates. “If it is suggested that you evacuate, you follow those instructions,” said Pile. “Especially if you have medical needs, it could be days before workers can reach your home.”