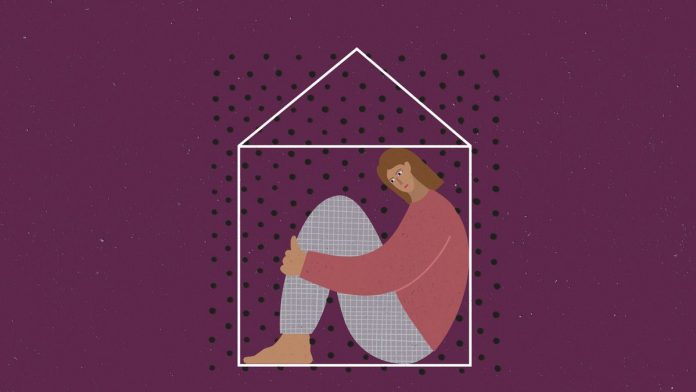 Using an internet survey of 10,368 adults from across the US, the research team have sought to better understand the sociological and psychological effects of the pandemic. The common denominator in their findings is fear.

“Fear is a pretty consistent predictor. We found is that fear, coupled with a range of social vulnerabilities, consistently and significantly predict a range of mental health outcomes,” said researcher Kevin Fitzpatrick from the University of Arkansas in the US.

“Additionally, as originally hypothesized, it appears as though individual fear is higher in those places where there is a higher concentration of confirmed Covid-19 cases and/or a higher death rate,” Fitzpatrick added.

In a study focusing on symptoms of depression published in the journal Anxiety and Depression, the research team found that on average, survey respondents scored one point higher than the cutoff for clinical significance on a commonly used depression scale. Nearly a third of respondents were significantly above that level, they found. They also found elevated depressive symptoms among socially vulnerable groups including women, the unemployed and people who report moderate to high levels of food insecurity.

In a second study on suicidal thoughts, behaviours and actions, published in the journal Suicide and Life-Threatening Behavior, the researchers found that 15 per cent of all respondents were categorised as high risk for suicide.

The third study, published in the journal Psychological Trauma, examined fear and mental health consequences of the pandemic. When researchers asked respondents how fearful they were of Coivd-19 on a scale of one-to-10, the average answer was seven. But fear of the disease and its consequences is not evenly distributed throughout the country, they found; it was highest in areas with a greater concentration of Covid-19 cases and among the most socially vulnerable groups.

“All three papers are part of an initial, early push to understand the sociological impact of Covid-19,” said Fitzpatrick. Meanwhile, another recent study, published in the journal PLOS One, revealed that google searches during pandemic hint at a future increase in suicide.

Recently, Australian researchers also found rates of elevated psychological distress, including depression and anxiety symptoms, were found among adults during the peak of the Covid-19 outbreak in the country.