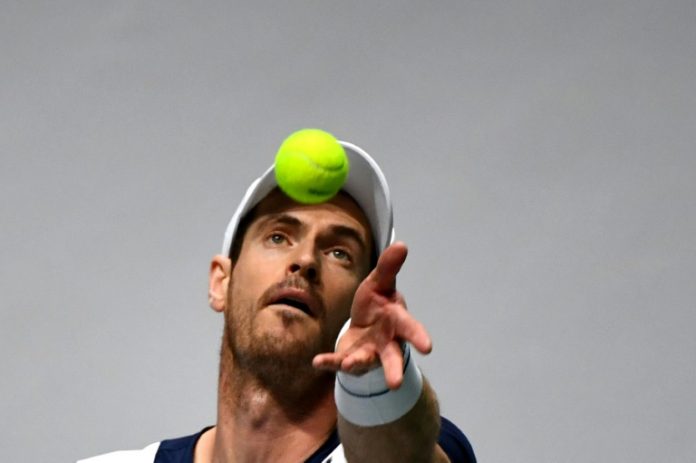 Former champion Andy Murray has set himself a low bar at this year’s U.S. Open in what will be his first singles appearance at a Grand Slam since the 2019 Australian Open.

Two hip surgeries later and having seemingly recovered from the pelvic issues that sidelined him before the COVID-19 shutdown in March, Murray is not fooling anyone though.

Despite having played only three matches on the ATP Tour since last October, the 33-year-old Scot has not entered the Big Apple’s bio-secure bubble simply to make up the numbers.

In this week’s Western & Southern Open, held at Flushing Meadows, Murray beat world number seven Alexander Zverev in the second round — his first win over a top-10 player since 2017.

He was subsequently pummelled by big-serving Canadian Milos Raonic in the next round, but the victory over Germany’s Zverev would have caught the attention of the rest of the field.

Three-time Grand Slam champion Murray may be ranked 134th and he might be in the twilight of his career, but the top seeds will be anxious to avoid him in the draw.

In reality a run to the third or fourth round would be a sizeable feat for a player whose hip was rebuilt in January 2019 in a last desperate attempt to salvage his career.

When he won the Antwerp title last October, his first since 2017, it looked as though he had rediscovered his former powers, but since then a series of nagging injuries and the enforced lay-off caused by the COVID-19 pandemic has stalled his return.

Murray, who beat Novak Djokovic to win his first Grand Slam title at Flushing Meadows in 2012, is clearly upbeat about his physical condition, even if he berated himself for a poor display against Raonic.

“The first few matches back when I started playing singles last year I moved way worse than I did here, so that was positive,” Murray said. “The positives are that I got three matches in. Physically, I pulled up OK.”

It is one thing playing best-of-three sets and another taking on some of the game’s young guns over best-of-five, the scenario he will face in New York next week.

While Murray’s footwork might not be what is once was, his court craft and sheer bloody-mindedness, not to mention his vast experience, will give him a puncher’s chance of making a mark on what will be a slightly surreal, and probably unpredictable, fortnight in the first Grand Slam with no fans.

Those wishing for a fairytale in New York might be asking a little too much though.

“I don’t see him winning another major in his career. I think it’s just physically too demanding for everything he’s been through,” fellow Briton and former U.S. Open runner-up Greg Rusedski said this week.

“For Andy, if he could get into the fourth round in the second week of a major it would be a phenomenal performance.

“I think he’s going to be in great spirits and really enjoy the U.S. Open. He’s got great memories there.”