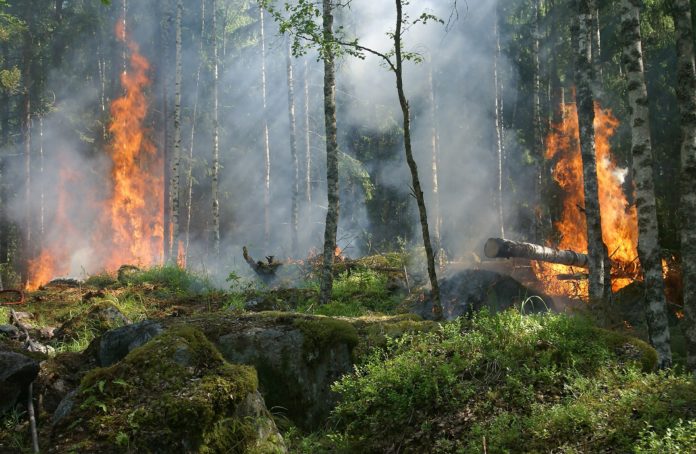 The survey carried out by polling firm Ipespe and published by the Brazilian Federation of Banks (Febraban) on Thursday, showed that 67 per cent are against the reduction of indigenous reserves and 86 per cent against allowing mining in indigenous reserves, reports Xinhua news agency.

According to Febraban, the survey showed Brazilians “attach great importance to the preservation of the environment, look at the Amazon with great concern, and are very aware of the ecosystem’s importance to the country, society and their own lives”.

The survey’s outcome “promises to support a broad consensus that establishes the protection of the forest and sustainable development of the region as a priority guideline”, it added.

Regarding Brazil’s sovereignty over the region, 54 per cent of the citizens said the international community has the right to press for preservation while 41 per cent said other countries should not have an opinion on forest policies.

Deforestation has increased in recent years in the opinion of 77 per cent of the population, while 14 per cent said the rate of deforestation remains the same.

Logging is the biggest cause of deforestation in the opinion of 48 per cent, followed by land grabbing (14 per cent), cattle ranching (11 per cent) and illegal mining (11 per cent).

According to a report by the country’s National Institute for Space Research (INPE) issued earlier this month, deforestation in the Brazilian Amazon increased 34.5 per cent between August 2019 and July 2020, with a total of 9,205 square km of forest destroyed.

This was the first time in 14 months that destruction in the Amazon recorded a monthly decline.

The world’s largest rainforest also witnessed 2,248 fires in June, the highest level for the month in 13 years.

The Brazilian government has received harsh criticism from the international community for its alleged lack of commitment in combating the destruction of the Amazon.

Deforestation in the region has soared since President Jair Bolsonaro took office last year, according to conservation groups.

He has argued that more farming and mining in protected areas of the forest were the only way to lift the region out of poverty.

Bolsonaro’s environmental policies have been widely condemned but he has rejected the criticism, saying Brazil remains an example for conservation.