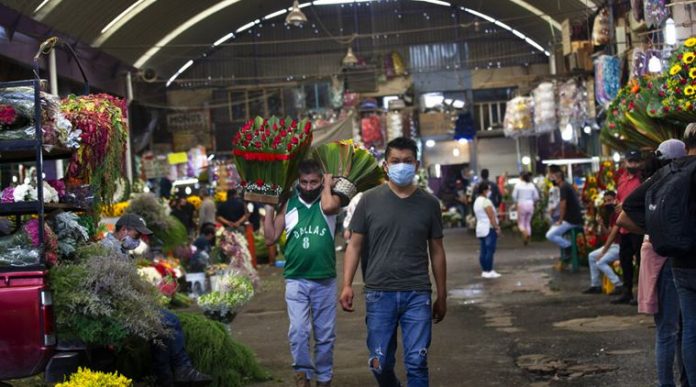 With a total of 46,688 fatalities, Mexico now accounts for the world’s third highest number of coronavirus fatalities in the world, according to the Johns Hopkins University.

Previously the UK had the third highest toll, and registered 46,204 deaths as of Saturday, the University revealed in its latest update.

In terms of cases, Mexico ranks in the sixth place with 424,637 infections, the University update added.

In Mexico, local authorities have previously said they believe the real number of infections is likely to be significantly higher than those reported.

President Andres Manuel Lopez Obrador is eager to restart the country’s flagging economy. His government announced a phased plan to lift restrictions in May.

In Mexico City, the capital, hundreds of thousands of factory workers returned to their jobs in mid-June.

Some non-essential businesses were then allowed to reopen at the start of July in the city, the epicentre of the country’s epidemic.

On Friday 10 state governors slammed the government’s handling of the outbreak and called for the resignation of Assistant Health Secretary Hugo Lopez-Gatell.