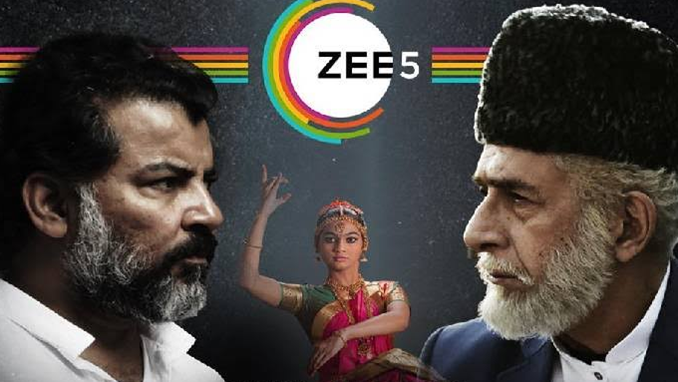 Today was one of those rare friday evenings when I was free and was surfing through the various OTT platforms to see what was upcoming. Checking out Zee5.com first has become a habit as lately they have been churning out some stellar content. I wasn’t disappointed either. I chanced upon the trailer for Mee Raqsam.

Mee Raqsam on ZEE5 it seems is a story of a father who practices Islam as his religion. He has a daughter who is talented and wants to become a Kathak dancer. The trailer hints about the father and his struggle against a conservative society to fulfill his daughters dreams.

This trailer (Watch here https://www.zee5.com/videos/details/mee-raqsam-trailer/0-0-198662) makes me nostalgic of some iconic movies on Indian celluloid which had captured the beautiful and emotional bond of a father and daughter.

My five pop favorites which brought to fore the depth and beauty of this bond are:-

Thinking about how Mee Raqsam will take this conversation ahead. Naseeruddin Shah as a social patriarch looks stellar. The poignancy of a father and his efforts to bring his daughters dream to the fore.

Kathak is a dance form associated with bhakti movement, the religion the protagonist practices is Islam. How the twain has to face the social hurdles to meet is what I am most excited about.

The father has so much of love and tenderness for his daughter when he is fighting the cleric. I am so excited to see what actually becomes of the trailer.

I know, I know, how a simple trailer has got me so excited that I have added these movies on my watchlist. I am now anticipating the release of Mere Raqsam’s trailer on Zee5.com