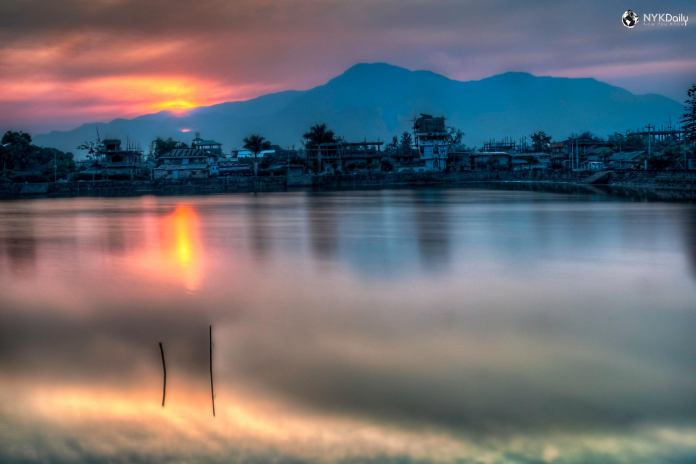 Manipur Chief Minister N Biren Singh has asserted that the Centre’s ongoing peace talks with the NSCN-IM in Delhi won’t affect the territorial boundaries of his state.

The Union government has assured that the views of the Manipur people would be heard before a final agreement with the National Socialist Council of Nagaland (Isak-Muivah) was inked, Singh told the media in Imphal late Thursday evening.

Various civil society organisations in Manipur, Arunachal Pradesh, and Assam have strongly voiced their opposition to any decision that affected the territorial boundaries of these states.

United Committee Manipur (UCM), one of the influential civil society groups, has again urged the government and state leaders to make their stand clear on the issue.

The UCM said it always welcomed the peace process in the north-eastern region but would not compromise on any agreement that affected the territorial integrity of Manipur in any way.

According to officials in Nagaland, a nine-member NSCN-IM team led by its chief negotiator Thuingaleng Muivah has been holding informal talks with the Centre since Monday in New Delhi as a prelude to formal parleys expected to begin after August 15. Some significant development on the issue is expected by September.

While officials of the Home Ministry and the Nagaland government refused to say anything on the talks, the NSCN-IM delegation has expressed resentment against Nagaland Governor RN Ravi, who is also the Centre’s interlocutor for parleys with various Naga outfits.

The NSCN-IM and intelligence sources said that while many of the 31 demands of the Nagas have been almost resolved, differences remain over a separate flag and separate Constitution.

In the last couple of months, the NSCN-IM has been criticising the central government for what it called the delay in the talks.

Meanwhile, reacting to some organisations’ demand to replace Ravi as the government’s interlocutor in the peace talks, 14 Apex Naga Tribal Hohos of Nagaland and the Lotha Hoho, in separate statements, have backed his continuance of an interlocutor.

In another development, the All Arunachal Pradesh Students’ Union has reiterated that there are no Nagas in their state, as claimed by the NSCN-IM, and asserted that any “territorial changes” while finding a solution to the Naga problem would not be tolerated.

Nagalim, a long-pending demand of the NSCN-IM for a separate Naga state, encompasses the Naga-inhabited areas of Myanmar as well as parts of north-eastern states bordering Nagaland. The Nagalim map the outfit published a few years back includes Tirap, Changlang, Longding, Anjaw, Lohit, and Namsai districts of Arunachal Pradesh.

Student and social organisations in Assam are also opposed to any settlement that affects the territorial boundaries of the state.

The NSCN-IM has held a number of rounds of negotiations with the central government in Delhi and even outside India after signing a ceasefire pact in August 1997. The Modi government signed a “framework agreement” with the NSCN-IM in 2015.