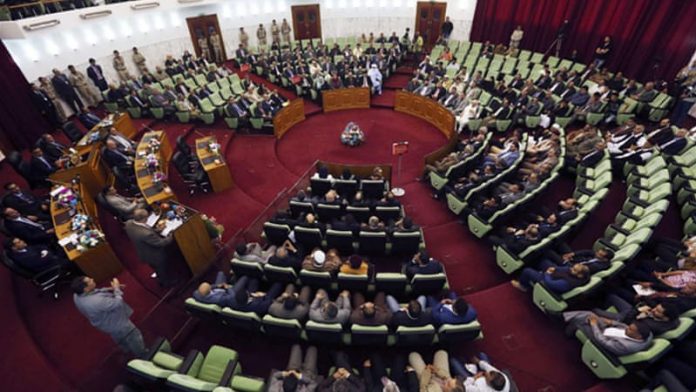 Libya’s eastern-based Parliament has stressed that representation of the Libyan people remains “preserve of the House of Representatives or whoever it delegates”.

“Legitimacy of the political representation of the Libyan people, its components, constituencies, and historic regions is an electoral legitimacy,” Xinhua news agency reported citing Parliament as saying in a statement on Sunday.

“Any entity that has not been elected cannot claim to represent the people or part of it.

“The representation of the Libyan people and its institutions remains preserve of the House of Representatives of whoever it delegates.

“Pretending otherwise is a crime punishable by applicable Libyan law according to known criminal terms,” it added.

The statement further that Parliament is studying a draft law, under which all “necessary procedures” are taken against any foreign country, institution, company, or regional or international organization that deals with or recognizes “unofficial Libyan institutions”.

The procedures include “taking deterrent measures against those countries and international organizations, banning institutions from practicing, denial and cancelling contracts and concessions to foreign companies”, it added.

Despite a UN-sponsored political agreement and the appointment of the UN-backed Government of National Accord (GNA) in 2015, Libya remains politically divided between authorities in the east and the west.

The eastern-based Parliament does not recognize the UN-backed GNA.

Instead, it recognizes the eastern-based interim government.