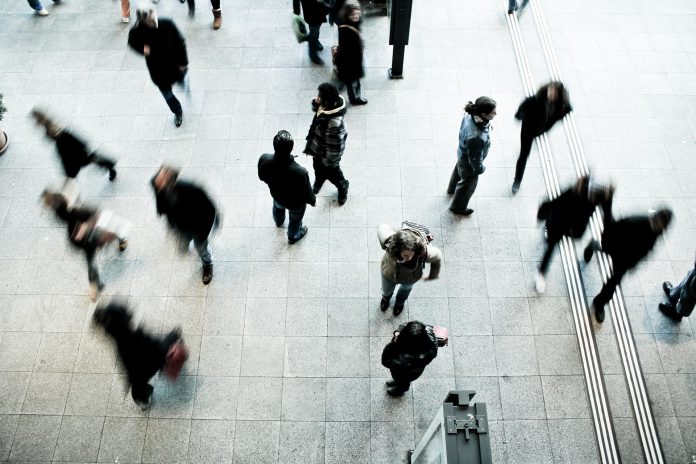 There’s a big new initiative in the criminal justice reform space – one that has been sorely needed and largely undersupported for many years.

Reentry to society for people who were formerly incarcerated is a major challenge – a challenge that costs people and their communities quite a bit in time and resources. For some people, the years since their last days before incarceration have covered major societal changes, brand new technologies, and shifts in their personal and family lives. In addition to these exceedingly jarring challenges of the re-entry process, there is often a massive stigma forced on formerly incarcerated individuals by potential employers and society at large.

This stigma causes people to see formerly incarcerated people as being wholly defined by their experiences with the criminal justice system, rather than as the whole individuals who they are. If this is allowed to stand unchallenged, the consequences will only continue to grow and multiply. As long as recidivism rates remain high and individuals who are formerly incarcerated face difficulty in reentering their communities, the cycle of poverty and challenges faced by these individuals will not be halted. In order to do this work, the language around the issue must be addressed.

This damaging stigma is what is at the core of the Securus Foundation’s new initiative, the “Language Matters” campaign. Thanks to this campaign, formerly incarcerated people can hope to look forward to improved communications and culture around their transition. The campaign focuses on the specific barrier to re-entry of dehumanizing language in media and conversation. This barrier is caused by an unfortunate tendency that permeates the culture in which formerly incarcerated people are thought of simply as “criminals” or otherwise damaged people rather than the whole members of the community that they are. This hurtful language can trap formerly incarcerated people in their past, preventing people from seeing them as humans deserving of empathy. The goal of the Language Matters campaign is to shift the conversation through strategic advocacy, public awareness initiatives, and partnerships in communities.

In order for anyone to successfully transition back into society, they must be surrounded by positivity and support rather than suspicion and stigma. In order for systems to improve, the broader conversation must develop as well. While it is still essential to provide direct care and support (two areas which the Securus Foundation works extensively already), this initiative aims to shift the culture in a big way leading to positive outcomes more broadly across the United States.

Direct action and support via the Exodus Planner

The Language Matters initiative is just one of many areas of work that the Securus Foundation supports to promote the re-entry of people into society from the justice system. In addition to this advocacy work in the broader culture, shifting the prevailing conversation, the Securus Foundation does quite a bit of work to aid and support individuals who are reentering their communities. One example of this direct action work is the “Exodus Planner,” a resource developed by the Securus Foundation to support reentrants in truly envisioning their place in their communities and then planning on creating that future. Through this work, the process of reentry changes from being “dumped outside” to an intentional reconnection with the community.

The Securus Foundation’s Exodus Planner is a resource focused on the “3 C’s of R.E.A.L.”, a framework developed by the foundation that stands for “Connectivity, Collaboration, and Community; and Reaching Community Awareness, Engagement, Accountability, and Leadership.” By using this framework, workshop participants are able to streamline and clarify their goals and plans for reentry, mentally, and emotionally adjusting to what life will be like before faced with the challenges.

Without engaging the process included in the Exodus Planner, the reentry process can be fraught with risk, uncertainty, and discomfort. The work done using the Exodus Planner is a vital step in the process to minimize recidivism and improve community acceptance and engagement. Without this careful and thoughtful process offered by the Securus Foundation, the challenges of stigma and negativity can cause great harm to people returning to their communities and undermine their chances of success.

A clear indicator of the necessity of initiatives like the Language Matters campaign and the Exodus Planer is the population of successful reentrants who have worked with the Securus Foundation. These people have been able to leverage the resources provided by the foundation and have seen positive outcomes because of them. For these individuals, the work done by the Securus Foundation isn’t simply a good idea, it’s an urgent necessity.

One of these success stories is that of Ramadii Parker, spokesperson for the Language Matters campaign. Ramadii Parker was in the inaugural R.E.A.L. program with the Securus Foundation and has since transitioned home, earned a Bachelor’s degree in Communications, and is involved in the broader cause of reentry support. His work and engagement with the program is a ringing endorsement of the power of hope, positivity, and support when reentering society as a formerly incarcerated individual.

An essential change for good

All of the work that the team at the Securus Foundation does is focused on addressing the previously mentioned issue of erasing stigma and providing support. In the words of the Securus Foundation’s CEO, Dawn Freeman, “Words are powerful and can seriously impact an individual’s ability to succeed in this world. This is an important cause that frankly society does not seem to be aware of, that is why we want to educate the public that the labels they use to refer to someone can make or break a person’s life. Initiating this campaign is another step to addressing the issue with dehumanizing language.”

This shift is exciting and essential for effective reentry for formerly incarcerated individuals. Further, it is essential for these individuals to be able to live their lives as humans, people deserving of empathy and deserving to be defined by so much more than their past. Without initiatives like the Language Matters campaign, recidivism will remain a major problem due to structural issues and the stigma around having a history with the criminal justice system. Beyond direct action and care for those to whom we have immediate access, the broader conversation must move to one of empathy, optimism, and support. The alternatives are simply too dire.