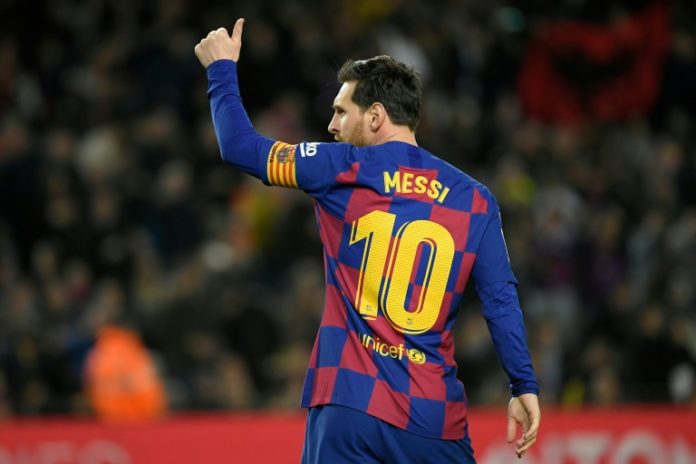 Ronald Koeman is set to become Barcelona’s next coach and the Dutchman will construct his team around Lionel Messi, president Josep Maria Bartomeu said on Tuesday.

Koeman, who is revered by Barca fans for delivering their first European Cup as a player, will be expected to lead the club’s rebuilding work after they were thrashed 8-2 by Bayern Munich in the Champions League quarter-finals last Friday.

“If there is no change then we will announce Koeman as our next coach and he will lead this team and these players forward with a different type of project, led by a coach who all Barca fans know,” Bartomeu said in an interview with the club’s official television channel.

Koeman’s imminent arrival will be the third phase of a restructuring of the club which began with Quique Setien’s sacking on Monday and continued on Tuesday as sporting director Eric Abidal agreed to terminate his contract.

Koeman, 57, arrived in Barcelona on Tuesday after spending the morning at the Netherlands’ headquarters to negotiate being released from his contract with the national team, who he has coached since 2018 and led to qualify for Euro 2020.

Koeman is fondly remembered at Barca for the role he played in Johan Cruyff’s hugely successful side known as the ‘Dream Team’ and for scoring the only goal against Sampdoria in the 1992 European Cup final.

“We are betting on him because we know him very well, we know how he thinks and how his teams play, but also because of his experience and as he was in Johan’s ‘Dream Team’ he knows Barca and how we understand football,” Bartomeu added.

Bartomeu also said captain Messi was not about to leave the club and would be an integral part of the team under Koeman.

“Messi wants to end his career at Barca, he has said that many times. I’ve spoken to Koeman about him and he has told me Messi will be the pillar of his project,” Bartomeu said.

“Messi has a contract with Barca until 2021. I speak to him and his father regularly and they know that we have a solid project, that a new coach is coming and that he will count on him.”

Bartomeu, who on Monday announced that the club’s presidential elections will take place in March 2021, three months earlier than planned, also defended his running of the club after facing calls to resign after the defeat by Bayern.

“We have a sporting crisis but not an institutional one,” he added.

“We’ve had a very negative result in the Champions League but the club is in a good place in a social and financial sense.”