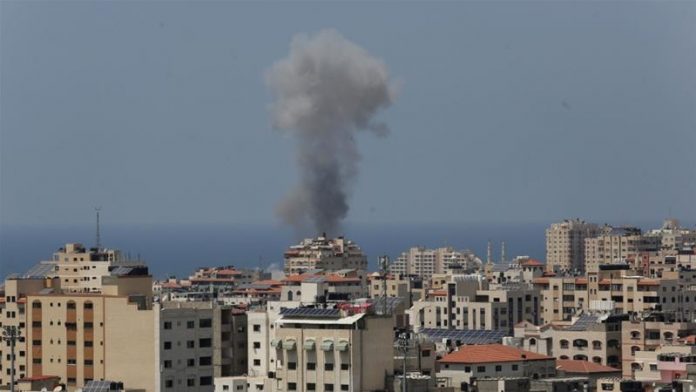 Israel said on Thursday that it struck Hamas sites in the Gaza Strip after militants in the Palestinian enclave launched explosive balloons into southern Israel.

The attack was carried out overnight by Israeli war jets and tanks, Xinhua news agency quoted the Army as saying in a short statement.

“The targets of the strike included a military compound used by the Hamas naval force, underground infrastructure and observation posts,” it said.

The Army warned that it holds the Islamic Hamas movement, which currently controls the Gaza Strip, “responsible for all events transpiring in the Gaza Strip and emanating from it”.

Dozens of balloons carrying explosive or incendiary materials have been flown into southern Israel over the past days, causing local fires.

Commentators on Palestinian and Israeli media said the balloons often aim to pressure Israel to allow the transfer of Qatari money to Gaza amid an escalating financial and humanitarian crisis in the besieged Palestinian enclave.

Israel and Hamas has fought three rounds of war with occasional bursts of violence between them.

Over the past months, both sides kept an unofficial ceasefire.