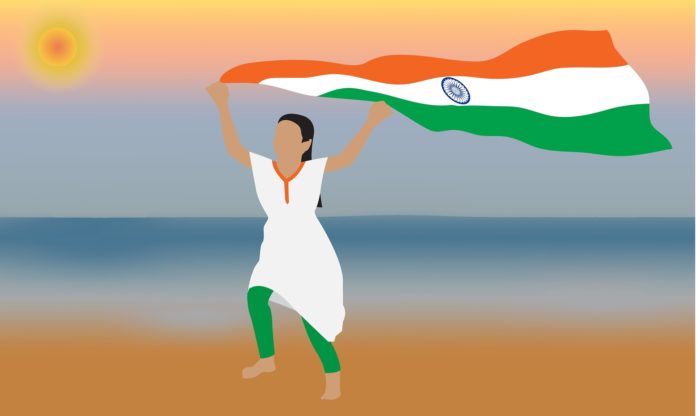 The Covid-19 pandemic has cast its shadow over the 74th Independence Day celebrations across the country. Keeping in mind the required precautions, this year many crucial changes have also been made at the venue at Red Fort in Delhi for Saturdays event.

“No presence of schoolchildren would be there this year, only the cadets of the National Cadet Corps would attend the celebrations at the Red Fort,” said a senior police officer.

Because of the Covid-19 guidelines and extended precautions this year, only 20 per cent of VVIPs and other participants will be able to witness the speech of Prime Minister Modi live compared to previous years. Till last year, close to 10,000 people used to attend the function to witness the address by the Prime Minister.

Also, the invited VVIPs would not be able to sit at the ramparts from where the Prime Minister delivers his Independence Day speech.

Earlier close to 1,000 VVIPs used to sit on the upper level on both sides. But this time, they will have to sit at the lower level, with approximately a 100 allowed. This is strictly as per social distancing norms.

As many as 1,500 people who have recovered from coronavirus, will also attend the function. Among them, 500 would be from the local police while the other 1,000 would be from different parts of the country.

In Delhi at least 350 police personnel who will be part of the guard of honour at the Red Fort have been quarantined ahead of the ceremony at the Police Colony in Delhi Cantonment.

Also, the Delhi Police has advised people who have Covid-19 symptoms to avoid attending the event.

“In the case of any invitee experiencing or having a history of any symptoms of Covid-19 within 2 weeks of the Independence Day 2020, who is yet untested or confirmed positive for Covid-19, the invitee may consider refraining from attending the event,” said a senior police officer.

However, there would be extra vigil on the ground and in the sky during the celebrations and multi-layered security would guard the Red Fort and other strategic locations around it. Delhi Police said that necessary coordination has been made with other agencies like NSG, SPG and ITBP.

“All the agencies will work in close coordination with each other to cater to all kinds of threat inputs. SWAT teams and Parakram vans have been strategically stationed,” police said.

Plainclothes policemen would also be deployed at strategic locations across the capital, particularly in and around the Red Fort.

Also, over 45,000 security personnel will be guarding every nook and corner of the city on Independence Day besides over 2,000 snipers deputed at specific locations on high-rise buildings in a 5 km periphery of the Red Fort.

“We have also set up a Facial Recognition System at vantage points for suspect identification. This would help the security forces to screen suspects around the celebration area,” the officer said.

Apart from securing the main venue at the Red Fort, adequate security arrangements for the ‘At Home’ function at Rashtrapati Bhawan have also been made, and a city-wide alert is being exercised by all District DCPs.

Flying of sub-conventional aerial platforms like paragliders, paramotors, hang-gliders, UAVs, microlight aircraft, remotely piloted aircraft, and hot air balloons is also prohibited over the jurisdiction of the National Capital Territory of Delhi up to August 15.