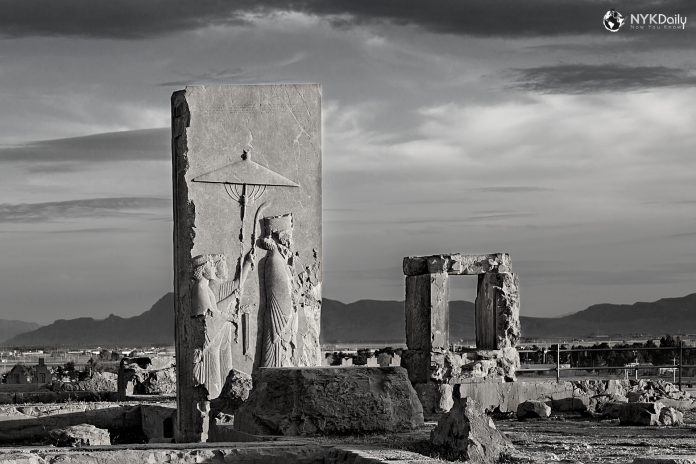 Khuzestan is one of the thirty-one territories of Iran. It is in the southwest of the country, adjoining Iraq and the Persian Gulf. Its capital is Ahvaz, and you might think this is yet another monotonous history article.

However, the history of Khuzestan is long, wild and mysterious. Read ahead to find out more about one of the oldest inhabited areas on earth.

The history of Khuzestan stretches from the ancient Elamite civilization to the modern-day Islamic Republic. Let’s cover Khuzestan’s History from Elam to British Rule.

Khuzestan was once populated by a tribe known as the Elamites, who spoke mysteriously in a lost language that went extinct over fifteen hundred years ago. They neither spoke any Semitic languages nor Persian. There was no relation between Elamites and any Iranian languages. However, they did speak something related to Indian Sanskrit.

Historians and Archaeologists have documented numerous Elamite dynasties extending from approximately 2700 BCE to 650 BCE. Many early proto-Elamite artifacts such as Sialk exist in central Iran. Elam’s borders changed throughout history, but Elam usually covered present-day Khuzestan and areas of the Iranian plateau.

Elamites linked the ancient civilizations of Mesopotamia and the new peoples of the plateau, and their tale of Mesopotamian civilization was a developmental impact on the first Persian empire of the Achaemenids. Elam was one of the early conquests of the new Persian empire; Elamite writers kept the Persians’ records, scribbling them down in Elamite linguistics. Elamites are the ancestors of the first Iranian empire in the geographic sense, and mysteriously, their culture was more related to India, than Iran.

In mid 500 BCE, Cyrus captured the Median Empire, then Susiana, then Assyria. The city of Susa was reconstructed as an Achaemenid capital.

Over the following two centuries, Persians established itself in Khuzestan, though the Elamite language persisted for another thousand years, until the 5th century CE.

In 331 BCE, Alexander of Macedon defeated the Achaemenids at the Battle of Gaugamela and built the most extensive empire yet known. However, after suffering from defeat in the hands of Chandragupta Maurya from the Mauryan Dynasty, Alexander began losing grip.

He died young, and his empire was divided between his successors.

From 305 BCE to 60 BCE, the Hellenistic Seleucid regime ruled from Seleucia on the Tigris. They repeatedly clashed with the Parthians and ultimately fell to the Parthians, in 129 BCE.

From 300 BCE onwards, The Parthian empire conquered much of present-day Iran and attacked Khuzestan and Mesopotamia with the Seleucids and later the Roman Empire.

224 CE to 621 CE, Khuzestan was a part of the Sassanid dynasty. The city was known as Xuzestan during this phase. During the initial years of the reign of Shapur II (309-379), Arabs traversed the Persian Gulf from Bahrain to “Ardashir-Khora” of Fars and ransacked the interior. In retaliation, Shapur II led an army through Bahrain, crushed the combined forces of the Arab tribes of Bakr bin Wael, Taghleb, and Abd Al-Qays and launched tentatively into Yamama in central Najd. The Sassanids resettled these tribes in Ahvaz and Kerman.

It should be noted that the Arab presence in Iran, did not start with the Arab invasion of the Sassanid Empire. Mutual infiltration into and out of Iran began before the Muslim invasions and sustained as a result of the joint efforts of the civilized Arabs as well as the desert Arabs. There were tribesmen of Tamim (Thamim) and Bakr bin Wael in Khuzestan and Fars before the arrival of the Arab Islamic Armies. Some of these Arab groups were settled, while others were nomadic. Some fought on behalf of the Sassanid Empire (Eyad, Taghleb), while others (Shayban, Lakhmid) began fighting against the Sassanids.

The Islamic invasion of Persia

630 CE The Arabs, strengthened by their new faith of Islam, extended their reach into Mesopotamia and a few years later into Khuzestan.

For many centuries, Khuzestan was part of the territory of Mesopotamia and ruled by different caliphs. Over time, most of the residents were converted into Islam. The Persian language incorporated thousands of Arabic loanwords and some Arabic grammar. The Persians, in return, had a lasting impact on their Arab conquerors. Khuzestan was a productive part of a prolific empire. The Karun river was dammed, and sugar-cane farms spread over reclaimed marshlands or scrublands. Many noted Muslim scientists, scholars, poets, artists, and musicians were Khuzestanis.

From 1219 onwards, Mongols lead by Genghis Khan, and later, his grandson Hulegu, conquered the east of the Iranian plateau, reaching Palestine before they were blocked. Baghdad, the bright and mythical capital of the Abbasid caliphs, collapsed in 1258. The Middle Eastern Mongol Ilkhanate defended itself for a century and then crumbled. Much of Khuzestan was destroyed, sacked, and left in ruins.

In the late 1300s, Khuzestan was invaded by Tamerlane and later ruled by his heirs, the Timurids. As the Timurid rule collapsed, Khuzestan was taken over by the Msha’sha’iya, a Shi’a millenarian faction that dominated the western sector of the region from the middle of the 15th century to the 19th century.

Throughout the 19th century, Russia and Britain fought for control of Persia. Both tried to bribe or scare the Qajar Shahs. Russia controlled the northern parts of Iran while Britain governed the south. Khuzestan was an area of particular interest to Britain, initially because of its precise location, and later due to its vast oilfields. For more than a hundred years, Britain was a powerful influence in the area.

In 1856, following a minor dispute between the British ambassador to Persian and the Shah’s prime minister, Britain declared war and sent troops up within the Persian Gulf. They marched through Khuzestan and up the Karun River as far as Ahvaz. The Persian government conceded, and at the Treaty of Paris, Persia surrendered Herat and neighboring territories to Afghanistan. British troops withdrew from Khuzestan.

In 1870, the construction of the Indo-European telegraph line from Calcutta to London was completed. The route passed through Khuzestan.

During World War II, Britain tried to use Khuzestan for military purposes. However, the Persian government objected. In 1941, Britain participated in the Anglo-Soviet invasion of Iran, which overthrew Reza Shah and replaced him with his son, Mohammad Reza Pahlavi. Classic English. A British military base was again placed in Khuzestan.