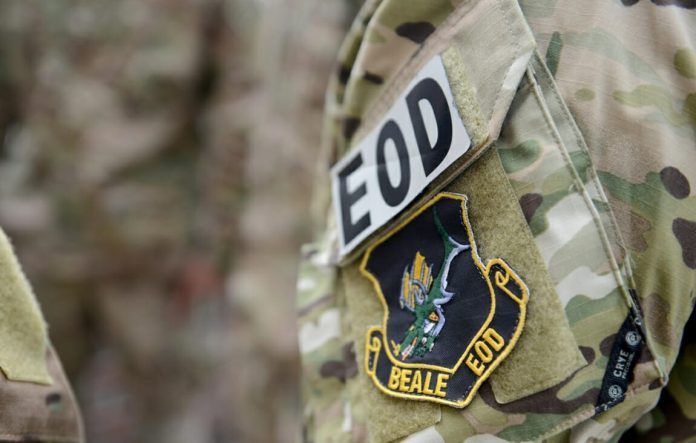 United States Military patches are those colorful symbols that are worn on the uniforms of the brave members of the Army, Navy, Marines, Air Force, and Coast Guard. Military patches indicate a variety of information about that soldier’s military affiliation, such as his or her rank, division, and skill set.

Where does the use of embroidered military patches stem from? They were first worn by British soldiers in the 1800s, only worn by officers that used them to signify the distinction of their higher rank. Patches became an effective way to notice the differences between divisions in military units at a quick glance. This practice then made its way to the United States.

Prior to the Civil War, military uniforms were fairly empty without the decorations that we are accustomed to seeing these days. In the midst of the Civil War, Union soldiers and Confederate armies identified themselves with symbols on their forage caps. These also had rank strips attached to their sleeves, and their shirts had informal patches.

Between the Union and the Confederate Army, the Union army tended to have more military patches. But they generally had their wives to thank for these hand sewed patches because these military patches were not mass-produced for use at this point in history.

In fact, Union and Confederate armies all had a very limited supply of patches because there wasn’t a lot of cotton and thread available where the soldiers were located. Not to mention, the price of these materials was quite expensive during the Civil War.

From the Civil War, where soldiers on both sides of the conflict had homemade military patches, things changed during World War I. General John J. Pershing authorized the use of military patches on uniforms, making it official.

The year of 1918 saw the first formal World War I patches were worn by the Army’s 81st Division “Wildcats.” Their appearance was that of a subtle olive-colored felt patch with a wildcat silhouette.

World War I was when most of the patches happened to be variations of the logo for Chevron, the multinational energy company. These Chevron-styled military patch designs signified rank, division, and the skill sets of soldiers.

By the time World War II rolled in, the production of military patches was much more organized. This is when we saw a soldier’s rank, corps, divisions, and brigades clearly designated. The patch colors were more bright, and their significance was more defined.

Red Cross embroidered patches began to appear on Army medics. It was much more obvious when you were in the presence of high-ranking soldiers because they could have dozens of military patches showcasing their achievements.

The lowest ranking soldier all had at least one patch adorned on their uniform, inspiring the desire to collect military patches on and off the battlefield.

Vietnam and the Gulf War

By July 1970, it was mandatory for soldiers to wear their military patches on their field uniforms, leading today, when they are a normal part of military branches.

Have you noticed military personnel wearing a U.S. flag patch on their right shoulder as a part of their uniform? It may have appeared rather odd to you because it looks backward, showing the stars on the right side instead of the stars on the left side as we are accustomed to seeing them.

Why has the American flag patch have this patriotic symbol backward? It was actually done on purpose because the official Army Regulations (AR 670-1) mandates that the star field of the flag face forward.

The reason is that when a flag is being carried into battle by infantry or cavalry, the stars are appearing closest to the flagpole.

The forward momentum allows the stripes to stream back. In fact, with the flag worn on the left shoulder, the flag is moving forward when it is spotted from the typical position.

But if you’re looking at the flag being worn on the right shoulder, with the stars positioned to your right, the flag is still moving forward as the soldier marches forward.

The history behind military patches helps us appreciate their evolution, understand their purpose, and make us more aware of the achievements of soldiers that we see wearing them.