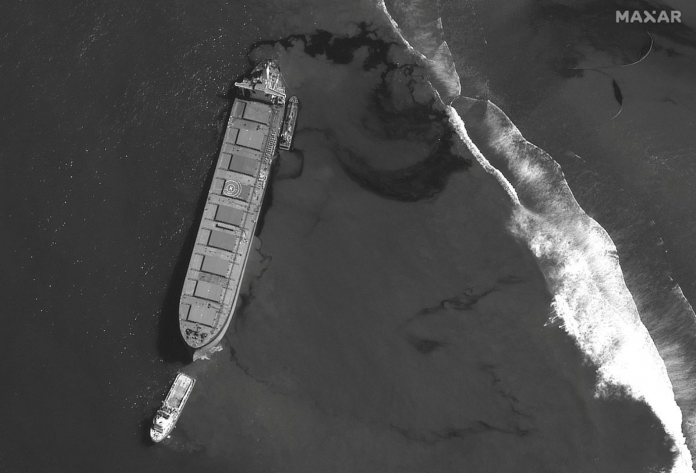 The operator of a Japanese bulk carrier which ran aground off Mauritius in the Indian Ocean apologised on Sunday for a major oil spill which officials and environmentalists say is creating an ecological disaster.

“We apologise profusely and deeply for the great trouble we have caused,” Akihiko Ono, executive vice president of Mitsui OSK Lines said at a new conference in Tokyo.

He added that the company would “do everything in their power to resolve the issue”.

Neither Mitsui OSK Lines nor Nagashiki Shipping, the ship’s owner, could confirm the cost of damages from the oil spill.

Mauritius declared a state of “environmental emergency” on Friday following the accident.