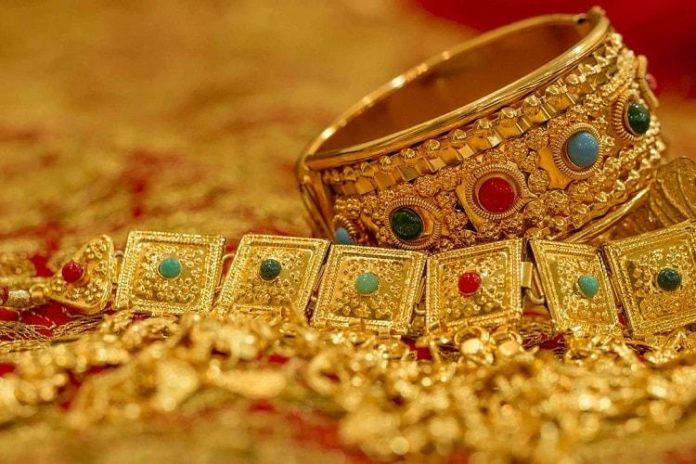 Gold prices fell on Wednesday as the dollar gained, while investors waited for U.S. Federal Reserve Chairman Jerome Powell’s speech for a snapshot of the central bank’s monetary plan to revive the pandemic-hit economy.

The dollar index <.DXY > was up 0.1%, making bullion more expensive for those holding other currencies, with the spotlight on Powell’s address at Jackson Hole on Thursday, set to offer more insight on the U.S. central bank’s strategy on inflation and monetary policy.

“The Fed might take an unconventional measure, like more stimulus … As long as social distancing is in place, the economy cannot rebound and that will keep supporting gold till the year-end.”

The safe-haven metal is up 27% so far this year.

“There are still a lot of concerns about the economy and they continue to indicate that rates are going be low and stimulus measures will continue, which should boost gold,” ANZ analyst Daniel Hynes said.

Adding to doubts over an economic rebound from the coronavirus crisis, a survey from the Conference Board showed U.S. consumer confidence unexpectedly hit a six-year low in August.