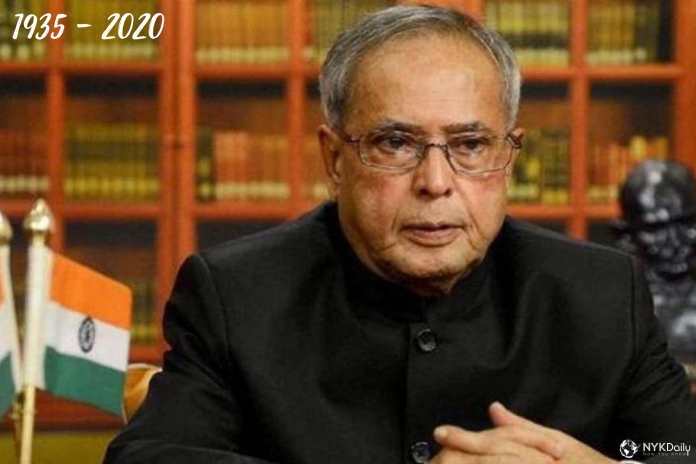 Pranab Mukherjee passes away at 84: The condition of Pranab Mukherjee declined on Monday morning and he has suffered a septic shock due to his lung infection, the Army’s Research and Referral Hospital said.

Former President Bharat Ratna Pranab Mukherjee passed away Monday. He was 84. Mukherjee had, earlier this month, undergone brain surgery at the Army Research and Referral hospital in the national capital. Earlier today, hospital authorities said his condition deteriorated further and he was in a state of septic shock due to a lung infection. His death was announced by his son Abhijit Mukherjee.

“Sad to hear that former President Shri Pranab Mukherjee is no more. His demise is passing of an era. A colossus in public life, he served Mother India with the spirit of a sage. The nation mourns losing one of its worthiest sons. Condolences to his family, friends & all citizens. Endowed with perspicacity and wisdom, Bharat Ratna Shri Mukherjee combined tradition and modernity. In his 5 decades long illustrious public life, he remained rooted to the ground irrespective of the exalted offices he held. He endeared himself to people across the political spectrum,” President Ram Nath Kovind said in a message.

Prime Minister Narendra Modi tweeted: “India grieves the passing away of Bharat Ratna Pranab Mukherjee. He has left an indelible mark on the development trajectory of our nation. A scholar par excellence, a towering statesman, he was admired across the political spectrum & by all sections of society.”

Mukherjee, in his long political career served as a Member of Parliament seven times, serving in the cabinet of several prime ministers. In 2012, Mukherjee was elected President of India.