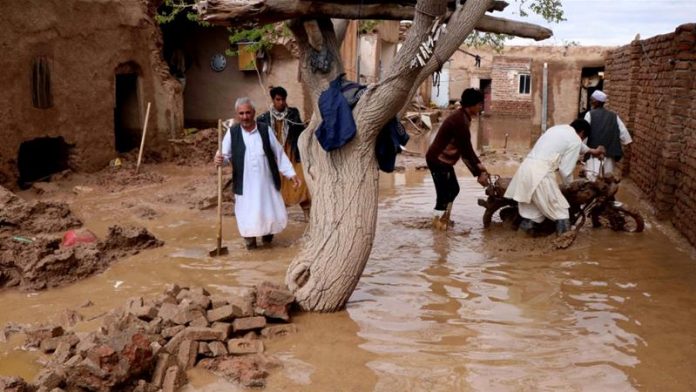 The floods swept through Parwan province, which borders Kabul, in the early hours of the morning, washing away men, women and children and destroying 300 homes, according to Ministry of Disaster Management spokesman Tamim Azimi.

Rescuers searched through mud throughout the day for bodies, with the confirmed death toll at 72, and at least 90 injured, Azimi added.

Floods had also swept through eight other northern provinces, killing two in Maidan Wardak and two in Nangahar, according to the Ministry of Disaster Management spokesman, who added that climate change was exacerbating the amount of flooding hitting the country.

A spokesman for President Ashraf Ghani said on Twitter that his office had instructed authorities to provide emergency disaster relief to survivors, adding the floods were causing severe financial losses.

The disaster comes as the war-torn nation already faces a sinking economy due to the coronavirus pandemic and as violence continues despite the United States attempting to usher peace talks between the Afghan government and insurgent Taliban.