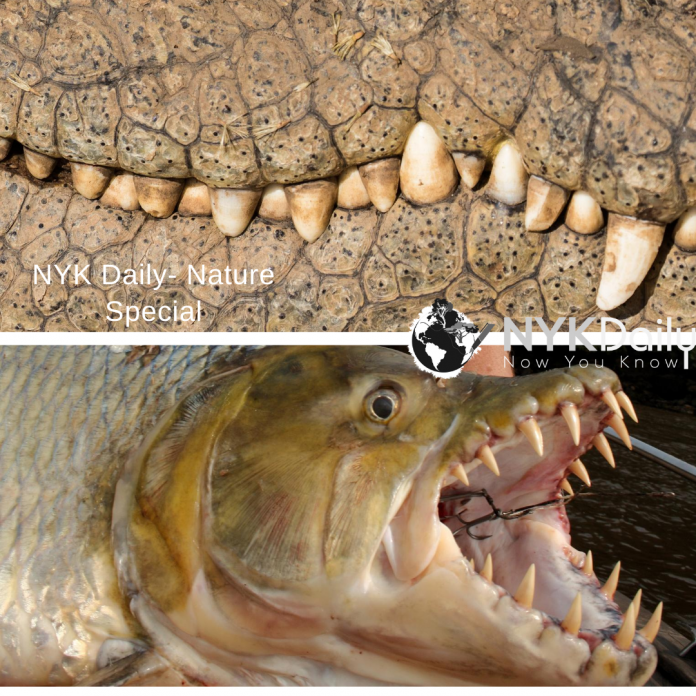 This is the part 10 of fight in the wild series. The 8th part was a mysterious battle between Black Panther and Cheetah, and the last part saw a one way battle between Fox and Wolf.

Part 8 saw Honey Badger victory over King Cobra. The fourth part was a troubled Eagle victory against the larger Vulture.

The goliath tigerfish is among the most famous tigerfish located in the Congo River System. Here are a few facts you should know about it.

Crocodiles are giant reptiles on earth. They are closely related to dinosaurs (yes!). They’re apex predators. Crocodiles have one of the most powerful bites of any animal in the world. They have 24 sharp teeth used for killing fish, birds, mammals, and even newborn crocodiles. They can run at a speed of 15mph. Here are a few facts about the Nile Crocodile.

Goliath tigerfish is one of the most dangerous freshwater fish globally and said to be a much bigger and more lethal version of the piranha. The giant fish has teeth comparable to a great white shark and has been known to attack and hunt down young crocodiles. To keep the balance, we will choose an adult, fully grown version of both our fighters for this battle.