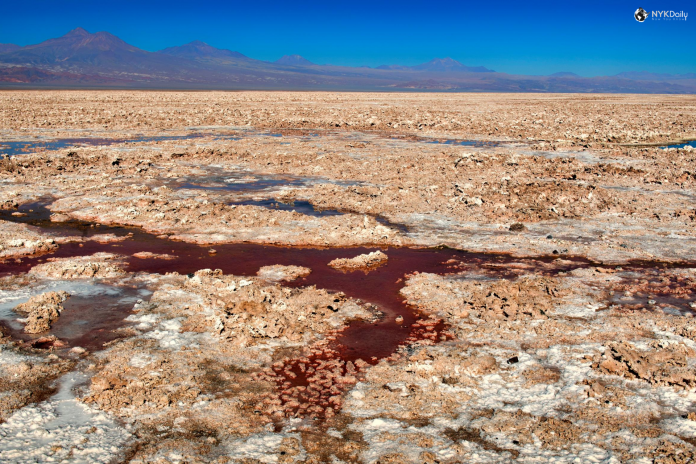 The primordial soup is a term that represents the aqueous solution of organic compounds that got accumulated in primordial water bodies of the early Earth as a result of endogenous abiotic structures, and the extraterrestrial delivery by meteoritic and cometary collisions, and from which some have concluded that the first living systems emerged.

Primordial soup is the hypothetical set of situations present on the Earth around 4.0 to 3.7 billion years ago. It is crucial to the heterotrophic theory of the origin of life, first proposed in 1924 by Alexander Oparin, and John Burdon Sanderson Haldane in 1929.

Alexander Oparin first proposed his theory in 1924 in a small pamphlet titled Proiskhozhdenie Zhizny (The Origin of Life). According to Oparin, the primordial Earth’s exterior had a thick red-hot liquid, comprising of massive particles such as carbon (in the form of Iron Compound). This nucleus was enclosed by the most volatile light elements, i.e., gases, such as Hydrogen. In the presence of water vapor, Hydrogen and carbides reacted to form hydrocarbons. Such hydrocarbons were the first organic molecules.

Moreover, these combined with ammonia and oxygen to produce hydroxy- and amino-derivatives, such as proteins and carbohydrates. These molecules collected on the ocean’s surface, becoming gel-like materials and increasing in size. They gave birth to primitive organisms (cells), which he called coacervates. In his original theory, Oparin held oxygen as one of the primordial gases; thus, the primordial atmosphere was an oxidizing one. However, when he elaborated on his theory in 1936, he modified the chemical composition of the primordial environment as strictly reducing, consisting of ammonia, methane, water vapor, free Hydrogen — excluding oxygen.

In his 1936 work, propagated by a Darwinian thought that included a gradual evolution from the simple to the complex, Oparin suggested a heterotrophic origin, a result of a long process of pre-biological and chemical evolution, where the first forms of life should have been microorganisms dependent on the organic substances and molecules present in their external environment. That external environment was the primordial soup.

J.B.S. Haldane proposed his primordial soup theory in 1929 in an eight-page feature “The origin of life” in The Rationalist Annual. According to Haldane, the early Earth’s atmosphere was radically reducing, with little or no oxygen. Ultraviolet rays from the Sun caused reactions on a mixture of CO2, water and ammonia. Organic substances, such as protein components (amino acids) and sugar, were synthesised. These atoms “accumulated till the primitive oceans reached the consistency of hot dilute soup.” The first reproducing things were produced from this soup.

As to the superiority over the theory, Haldane admitted that Oparin came first, saying, “I have very little doubt that Professor Oparin has the priority over me.”

Is this how life began? It is a widely accepted hypothesis in the scientific world.