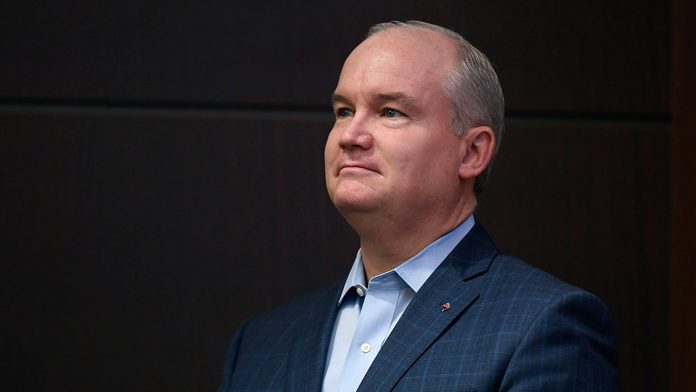 On the third and final ballot, O’Toole won 57 per cent of the votes, compared to 43 per cent for second-place contender Peter MacKay.

O’Toole, 47, takes over from Andrew Scheer who got elected in 2017 but failed to defeat Prime Minister Justin Trudeau’s Liberals in the 2019 election.

In his acceptance speech, O’Toole promised to work to unite the Conservative Party, champion Conservative values, and hold the Prime Minister to account.

“We must continue to point out Liberal failings and corruption, but we must also show Canadians our vision for a stronger, more prosperous and more united Canada,” he said.

“Canada can and must do better and Conservatives will work hard to earn the trust and confidence of Canadians in the next election.”

Acknowledging the party needs to broaden its base to win the next election, O’Toole reached out to every Canadian in all regions of the country and from diverse backgrounds, CBC News reported.

“Whether you’re doing well or barely getting by. Whether you worship on Friday, Saturday, Sunday or not at all… You are an important part of Canada and you have a home in the Conservative Party of Canada.”