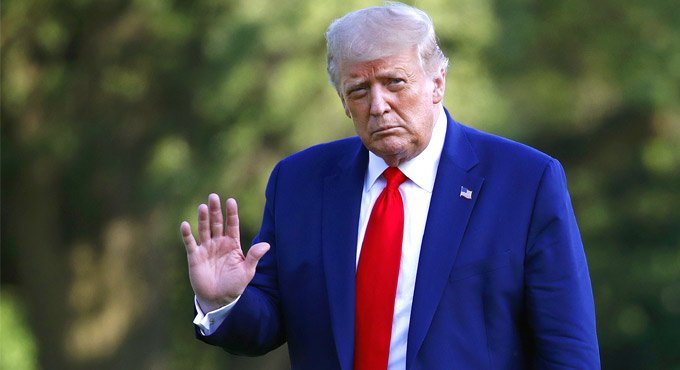 US President Donald Trump has claimed that presumptive Democratic presidential nominee Joe Biden is “against God”, the media reported.

Trump made the remark while speaking to supporters on Thursday on the tarmac of the Cleveland airport, reports The Hill news website.

Reacting to Trump’s accusation, Biden, a practicing Catholic, said his faith was the “bedrock foundation of my life”.

In a statement released via email and obtained by The Hill on Thursday night, Biden called the remarks “shameful”.

“It’s beneath the office he holds and it’s beneath the dignity the American people so rightly expect and deserve from their leaders,” the former Vice President was quoted as saying in the statement.

Biden added that his faith has “provided me comfort in moments of loss and tragedy” and “kept me grounded and humbled in times of triumph and joy”.

The presumptive Democratic nominee and his campaign has released a plan entitled “Safeguarding America’s faith-based communities”, which vows to provide more grants to religious communities and fight religious hate crimes.