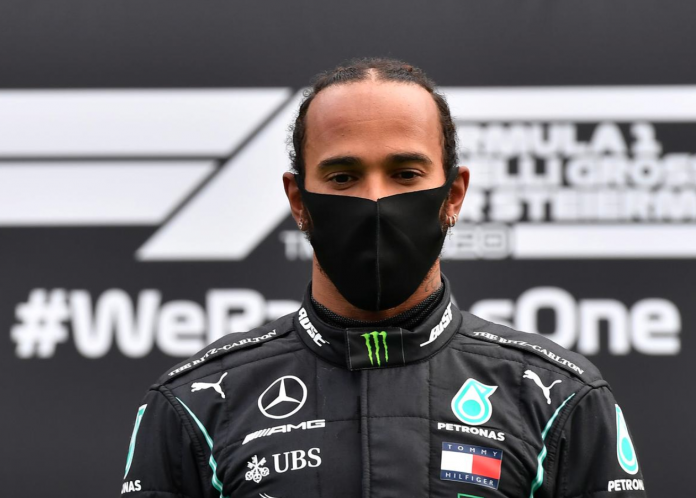 Lewis Hamilton extended his lead at the top of the overall Formula standings with an unchallenged drive to victory in Sunday’s Belgian Grand Prix.

The Briton, who started from pole and led every lap, crossed the line 8.4 seconds ahead of team mate Valtteri Bottas who gave Mercedes a one-two finish.

Hamilton’s win at a sunny Spa-Francorchamps circuit on Sunday, which left him two short of Michael Schumacher’s record tally of 91 victories, was his fifth in seven races.

It lifted him 47 points clear of Verstappen in the overall standings after 10 of this season’s 17 races. Bottas closed the gap to Verstappen but remained third.

Daniel Ricciardo, who took the extra point for fastest lap, finished fourth ahead of team mate Esteban Ocon who snatched fifth from Red Bull’s Alexander Albon on the final lap.

Lando Norris, the sole McLaren in the race after team mate Carlos Sainz failed to make the start due to an exhaust issue, was seventh ahead of Pierre Gasly who scythed through the field in his Toro Rosso on his hard compound tyres in the early laps.

The Racing Point pair of Lance Stroll and Sergio Perez rounded out the top 10.

Ferrari, winners in Belgium for the last two years, finished out of the points.

Already enduring a miserable weekend, their lack of speed was laid bare down the Spa track’s long straights, with rivals picking them off with ease.

Sebastian Vettel, once again questioning the team’s strategy, was 13th. Charles Leclerc, winner last year from pole position, could do no better than 14th.

The Italian team’s form even drew a shake of the head from Sainz, who is set to replace Vettel at the Maranello-based squad next season.

The race was largely incident-free with the exception of an early safety car sent out after a crash involving Alfa Romeo’s Antonio Giovinazzi and George Russell in a Williams.

The Italian lost control of his car at the exit of the fast Fagnes chicane.

Russell, running behind Giovinazzi, collected a loose wheel that came off the Alfa Romeo, leaving debris strewn across the track.