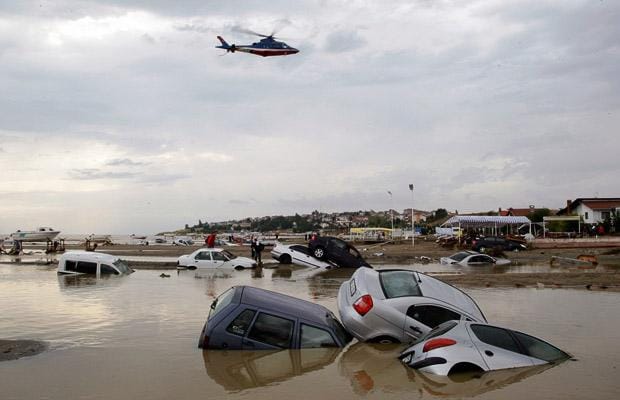 Floodwaters caused by unusually heavy rainfall dragged debris and vehicles along a road, leaving them buried in mud, footage from the province of Giresun showed. Residents were seen clearing streets, as construction machines lifted the debris and cleared roads.

Several roads have been blocked due to overflowing streams, while power outages were experienced in various parts of the region. Interior Minister Suleyman Soylu said on Sunday power was restored to some areas, but the damage to infrastructure was extensive.

Turkey’s Disaster and Emergency Management Presidency (AFAD) said in a statement that 157 people had so far been rescued with efforts from nearly a thousand aid workers. It said efforts were underway to re-open 83 roads, adding that the agency had sent 9 million lira ($1.23 million) in emergency funds to the region.