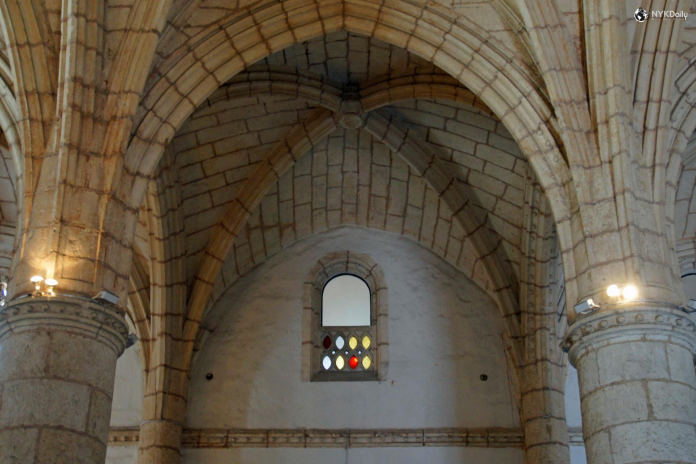 The chiefdoms or cacicazgo of Hispaniola were the principal political units engaged by the Taíno residents of Hispaniola in the early classical era. At the course of European contact in the late 1400s, the island was split into five chiefdoms, each headed by a paramount chief or cacique. Below him were lesser caciques managing districts or village and nitaínos, an upper class in Taíno community.

The Taíno of Hispaniola was of the Arawak people linked to the residents of the other islands in the Greater Antilles. At the time of European contact, they suffered invasions from a conflicting indigenous group, the Island Caribs. In 1508, there were 58,000 Taínos on the island of Hispaniola; by 1531, contagious disease epidemics and colonial exploitation had resulted in a dramatic decline in population.

The boundaries of each chiefdom were marked. The island’s first inhabitants used geographic elements as references, such as high mountains, significant rivers, plains, and notable valleys and plains. This allowed them to define each area. Each was split into cacique nitaínos, subdivisions supervised by the cacique aides.

It was controlled by the cacique Guacanagaríx, with its capital in El Guarico, near the present-day city of Cap-Haïtien. It was split into 14 nitaínos. This cacicazgo was the first to welcome Christopher Columbus. They were the first ones to convert to Christianity.

It was controlled by the cacique Guarionex and was concentrated near the current day location of Santo Cerro in La Vega. It was split into 21 nitaínos. This cacicazgo was one of the most productive of the island.

Originally the area was inhabited by an ethnically different group of Taíno called the Ciguayo, who were concentrated on the Samaná Peninsula. This group, who spoke the Ciguayo language, was incorporated into the cacicazgo of Maguá. This was written by chronicler Bartolomé de las Casas, who recorded that in 1502 the writing was on the slump and 1527 extinct.

It was governed by the cacique Caonabo, husband of Anacaona. Its capital was instituted at Corral de Los Indios in the present-day town of Juan de Herrera in San Juan province. It was split into 21 nitaínos.

This was the main cacicazgo of the island and was portrayed as “The Rock.” The term Maguana means “the first stone” or “the only stone.” The supreme mother goddess of the chiefdom was Apito, which means “Mother of Stone.”

The cacique Caonabo was the first to oppose the Spanish occupation. The fort that Christopher Columbus built on the north coast of the island, La Navidad, was crushed by Caonabo. Caonabo also tried to sack Fortaleza de Santo Tomás but was seized by the Spanish forces of commander Alonso de Ojeda. Instead of being sentenced to death, the cacique was sent to Spain to be marched naked in front of the Royal Court but died on his journey.

Bohechío was the brother of Anacaona, who was married to the cacique of Maguana, Caonabo. Maguana and Jaragua had a strong alliance and would ally to ward off and combat rival cacicazgos.

The mother god of Higüey was Atabeira, which means “Mother of the original stone.”