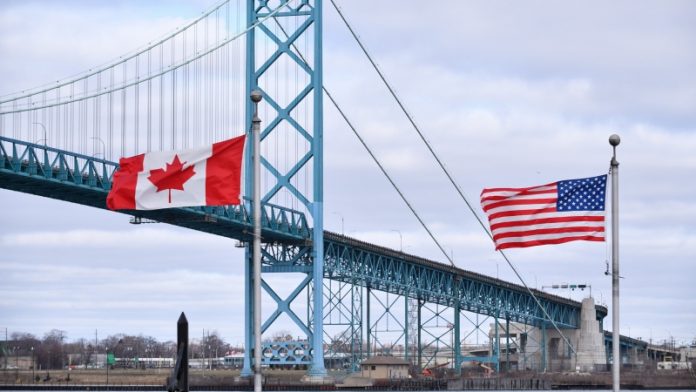 The Canadian government has decided to impose tariffs worth C$3.6 billion($2 billion) on American products as a countermeasure against US President Donald Trump’s move to reimpose a 10 per cent tariff on Canadian aluminium imports.

Addressing reporters in Ottawa on Friday, Deputy Prime Minister Chrystia Freeland said that the countermeasure tariffs will take effect in 30 days after the government will spend a month in consultations with Canadians about which US metals products to target with the retaliatory tariffs, reports Xinhua news agency.

“Canada will respond swiftly and strongly,” she added.

On Thursday, Trump announced his decision to reimpose the new tariff from August 16, citing national security concerns as the basis for slapping Canada with the tariff.

In response to his claim, Freeland told the reporters on Friday that it was “a ludicrous notion”.

She said the US chose to spark a new trade conflict by slapping the news tariffs.

“It will only hurt an economic recovery on both sides of the border.”

Freeland added that the Trump government is “the most protectionist administration in US history”.

“We will always stand up for our aluminium workers. We did so in 2018 and we will stand up for them again now.”

The US had slapped import tariffs on Canadian steel and aluminium in 2018, before removing them last year as part of a broad free trade deal now in force.

Canada retaliated that time with $16.6 billion in tariffs on US products, including ketchup, ballpoint pens, licorice, orange juice, whiskey and toilet paper.