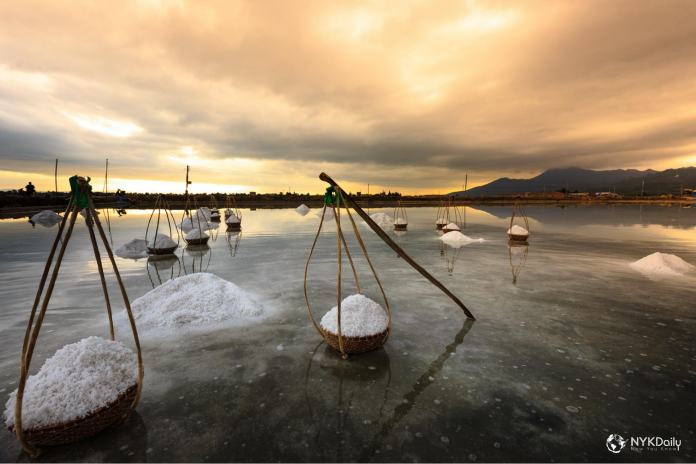 Salt, also attributed to as table salt or formula NaCl, is an ionic compound made of sodium and chloride ions.

Humans have been consuming salt since evolving from Apes. Thousands of years ago, our hunter-gatherer ancestors tried a different kind of sand on meat – this ‘different kind of lake-sand’ enhanced the taste of the flesh, and so the tradition continued. Gradually, humans started consuming and using salt, from food preservation to seasoning. Salt’s capacity to store food was an originating contributor to the development of civilisation. It helped eliminate dependency on the seasonal availability of food and made it possible to carry food over vast distances.

Salt was of high value to the Tamils, Jews, Greeks, Hittites, Chinese and other people of antiquity. Apart from being a contributory factor in the development of civilisation, salt was a part of the military practice of salting the earth by various people, starting with the Assyrians. In the early times of the Roman Republic, with the evolution of the city of Rome, roads were built to make the transport of salt to the capital city more accessible. An example was the Via Salaria, leading from Rome to the Adriatic Sea. The Adriatic, having a greater salinity due to its shallow depth, had more prolific solar ponds than those of the Tyrrhenian Sea, much closer to Rome. The word “salary” comes from the Latin word for salt. On the West coast in Gujarat in India, salt had been prepared for at least 5,000 years in a 9,000 square-mile marshland known as the Rann of Kutch.

Salt in Chinese history was a stable source of revenue for the imperial government.

Salt has played a leading role in defining the potential and position of the world’s great cities. Liverpool rose from just a tiny English port to becoming the principal exporting port for the salt dug in the famous Cheshire salt mines and thus became the entrance for most of the world’s salt in the 19th century.

Salt built and shattered empires. Poland’s salt mines led to a large kingdom in the 16th century, only to be wrecked when Germans brought in sea salt. Venice argued and won a war with Genoa over spices. However, Genoese Christopher Columbus and Giovanni Caboto would later stop the Mediterranean trade by introducing the New World.

States, cities and duchies along the salt roads imposed heavy duties and taxes for the salt moving through their territories. This practice even caused the formation of towns, such as the city of Munich in 1158, when the then Duke of Bavaria, Henry the Lion, concluded that the bishops of Freising no longer required their salt revenue.

The gabelle, a cursed French salt tax, was enacted in 1286 and continued until 1790. Because of the gabelles, common salt was of such a high value that it caused mass population exodus, lured invaders and caused wars.

In American history, salt has been a significant factor in the outcomes of wars. In the Revolutionary War, the British used Loyalists to block Revolutionaries’ salt shipments and intervene with their ability to preserve food. During the War of 1812, salt brine was used to pay soldiers in the field, as the administration was too poor to pay them with money. Before Clark and Lewis set out for the Louisiana Territory, President Jefferson, in his speech to Congress, mentioned a mountain of salt, 180 miles long and 45 wide, assumed to lie near the Missouri River, which would have been of incredible value in their journey.