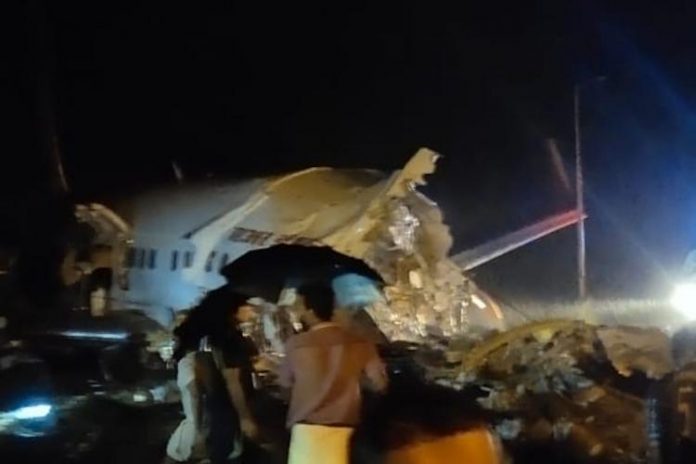 An Air India Flight from Dubai to Karipur in Kerala crashed on runway on Friday night. 180 people were on board, according to reports several people have been injured in the incident.

The injured have been taken to hospitals near the airport, which is in Malappuram. The incident happened around 7.40 pm on Friday.