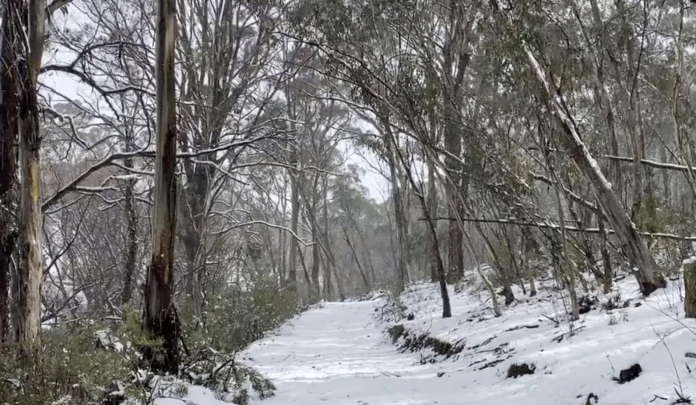 Antarctic air reaching Australia’s south east triggered snowfall down to low altitudes across several states on Saturday, with many people out enjoying the rare event despite wild winds and heavy snow that closed some roads.

“We’ve seen light #snow make it to #Canberra today, and yes even heard a few rogue flakes landed on Parliament House,” in the nation’s capital, the Bureau of Meteorology said in a Twitter post.

Over one metre (3.3 feet) of snow had fallen in a number of alpine regions, and the cold weather would likely remain for several days, the bureau said.

“It’s awesome,” Raj Kumar told the Seven Network. Kumar had travelled from Sydney with his family to see the snow in the town of Oberon in NSW’s Blue Mountains, an area that was under threat from widespread bushfires last year.

“I think it’s better than Perisher Valley,” referring to a popular snow resort about a four-hour drive south of Oberon.