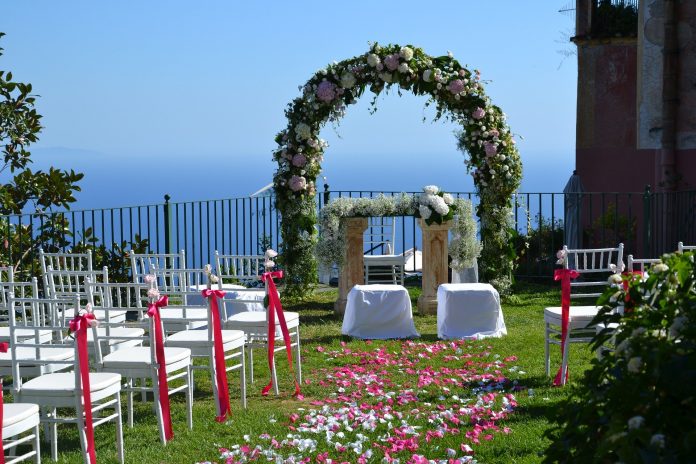 Today we will look at the very ancient history of marriage.

Many civilizations have legends concerning the origins of marriage. The way marriage is handled, and its ramifications and rules have evolved, as has the institution itself, depending on the time’s demographic or culture.

The first documented proof of marriage traditions uniting a man and a woman dates back to around 2350 BC, in ancient Mesopotamia. Wedding ceremonies, as well as divorce and dowry, can be traced back to Babylonia and Mesopotamia.

According to the old Hebrew tradition, a wife was regarded as a wealth of high value and was usually carefully looked after.

Early nomadic communities in the middle east practiced a form of marriage considered as beena, in which a wife would maintain a tent of her own, within which she retains total independence from her husband; this system appears to persist in parts of early Israelite society, as some first passages of the Bible seem to portray certain wives as each owning a tent as a personal possession.

The husband, too, is obliquely suggested to have some responsibilities to his wife. The Covenant Code orders, “If he takes him another; her clothing, food, and duty of marriage, shall he not diminish(or lessen).”

If the husband does not grant the first wife with these things, she can divorce without any questions asked.

Vivaah means marriage practiced by Hindus from the pre-historic times. The word vivāha arose as a holy union of people as per Vedic traditions, i.e., what many call marriage, but based on advanced ancient practices and cosmic laws. It originated in 2090 BCE.

Under Vedic Hindu traditions, marriage is seen as one of the saṁskāras, which are lifelong commitments of one husband and one wife.

According to the Veda, marriage is a fusion between a feminine and masculine entity with commitments to pursue Dharma, Kama (physical and other desires), Artha (possessions), and Moksha (the liberation) in harmony. Scripturally, it is seen as a celebration of progress, sensual pleasure, joy, and prosperity. It is also a monument of elevation to the next step of one’s Karmic adventure.

Old Hindu literature in Sanskrit gives many various types of marriages and their categorization varying from “Gandharva Vivaha” (instant marriage by mutual consent of members only, without any requirement for even a single third person as signatory) to standard (present-day) unions.

In ancient Greece, no specific civil protocol was needed to create a heterosexual marriage – only cooperation and the fact that the couple must consider each other as wife and husband accordingly.

Men usually wedded when they were in their 20s and ladies in their teens. It has been proposed that these ages were perfect for the Greeks because men were generally done with military service or financially settled by their late 20s, and marrying a teenage girl ensured ample time for her to bear kids, as life expectancies were comparatively lower.

Married Greek women had few rights in ancient Greek society and were expected to care for the kids and house. Time was an essential factor in Greek marriage. For example, some notions being married during a full moon was good luck.

There were several types of marriages in ancient Roman society. The traditional form called conventio in manum required a custom with witnesses and dissolved with a ceremony. In this type of union, a woman lost her family rights of estate of her old family and gained them with her new one. She was now subject to the authority of her husband. There was a free marriage known as sine manu. In this arrangement, the wife stayed a member of her original family; she stayed under her father’s power, kept her family rights of legacy with her old family, and did not gain any with the new family. The minimum age of marriage for girls was twelve.

Chinese marriage’s mythological origin is a tale about Fu Xi and Nüwa, who created proper marriage systems after becoming married. In early Chinese society, people of the same surname were thought to consult with their family trees before marriage to reduce unintentional incest potential. Marrying one’s maternal in-laws was generally not considered as incest.

At the Harappan burial site Farmana, a village located in India’s Haryana state, over 65 skeletal remains were excavated, one of them was a woman from Rajasthan. The other 64 remains at the burial site belong to Harappan women, suggesting that the Rajasthani skeletal was close to the family, suggesting interfaith marriage bonds.