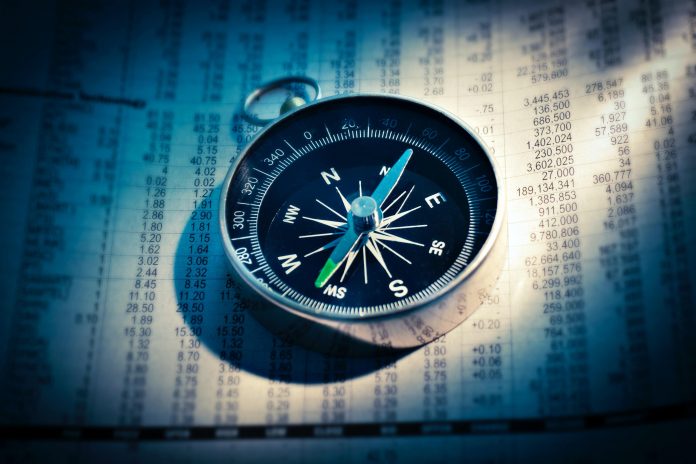 As the second quarter of 2020 closes and the third quarter opens, questions about how the economy will perform are on everyone’s mind. Investors, the employed, and the unemployed alike have a vested interest in keeping tabs on the economy’s progress as it recuperates from the ravages of the COVID-19 pandemic.

To put the situation in perspective, the experts at HCR Wealth Advisors have developed a 3-part series on the economic and financial landscape in the U.S. It addresses the economy from the viewpoint of Gross Domestic Product (GDP), reactions by the Federal Reserve, and the health of the economy going forward.

Part One: The drop in GDP and its effect on the U.S. economy

As HCR Wealth Advisors examines the economy, one of the more apparent consequences of the COVID-19 pandemic and the subsequent shutdowns has been a record drop in GDP. The 33% plunge in GDP last quarter is historic – nothing like it has been seen going back almost to World War II. However, that Q2 GDP drop will always have an asterisk beside it because traditional economic events didn’t cause it. Instead, the massive contraction in the economy was triggered by a virus and the government-induced shutdown intended to control it.

Regardless of the cause, market-watchers will want to monitor the damage done by such a significant contraction. Even more important is how long it takes for the economy to climb back out of the hole that has been dug.

While the economy has started reopening after the shutdown, it has not been a smooth process. To have a better idea of the market’s strength in the future, the HCR Wealth Advisors team feels two factors will play a key role: how quickly the economy starts to bounce back in Q3 and Q4, and how long it will take for the economy to come back from the economic decline.

The pressure of unemployment

Recently, the Bank of England gave its own market’s economic assessment. Its governor thought it could take until the end of 2021 to return to pre-COVID economic levels. The question is whether the U.S. can move at a quicker pace.

As happened in many other countries, the U.S. has experienced historic spikes in unemployment figures. It has reached higher percentages than at any other point in the post-war era – in the mid-teens.

Once again, the key will be to see how long it takes U.S. unemployment to return to normal levels. The figures reported by the Department of Labor for May, June, and July were 13.3%, 11.1%, and 10.2%, respectively. While the progress in the face of such economic uncertainty is remarkable, HCR Wealth Advisors feels the economy will probably need to get back into the mid-single digits to reach what economists feel are “more normalized levels.”

The role of employment

The flip side of unemployment is employment. That metric reflects the percentage of the population that is employed at any one time. A peak was experienced in April 2000, when roughly 65% of Americans were employed. However, through subsequent recessions and recoveries, the ‘highs’ have reached ever lower percentages – showing a downward trend in overall employment.

To compare, with the recent COVID-triggered economic plunge, less than 53% of the population is employed. That means that nearly half the U.S. population, including children and retirees, is not working now. That is a huge number. Fortunately, the jobless number is likely to continue coming down as the economy continues to open.

The impact on the U.S. workforce

However, HCR Wealth Advisors believes that the record number of unemployed can have other significant consequences. For example, are there any structural or lasting effects from such a marked drop in employment? Will some people simply drop out of the labor force and not rejoin when things improve? And how much of the loss in numbers of workers will be offset by the younger people who are new entrants into the workforce? Will first-time workers make up for some of those who give up once they’re unemployed long enough?

The vital role of consumer spending

Trends such as employment are monitored because the figures correlate to consumer spending. (Logically, a person will likely spend more money with a job than without one.) Consumer spending formally refers to “the value of all the goods and services purchased by and for U.S. residents.” It is a driving force in the economy: over two-thirds of the U.S. economy depends on consumer spending.

Another consequence of the major drop in employment was that Americans’ savings levels skyrocketed. Looking at any long-term chart shows that the savings rate, when plotted, made a parabolic move higher in Q2.

Commerce Department figures showed a record 33.5% of monthly income being put away in April 2020. (Compare that with an average of 7.5% before the pandemic.). People saved more money as they worried about their jobs. Even if they had survived the initial wave of COVID-caused job losses, there was no guarantee that the risk had passed.

The stay-at-home orders – or quarantining – also led to an increase in savings, as spending was reduced. With restaurants and bars closed to all but takeaway or delivery, and as malls, shopping districts, and most forms of entertainment shut down, the amount of impulse spending dropped precipitously. Even the increases in online shopping did not compensate.

The CARES Act resulted in stimulus checks being sent to millions of Americans, and $600 per week added on as unemployment compensation. In many cases, people made more money being out of work than they did when they were employed. While some of the money made its way into the economy to cover necessities and regular expenditures, an unknown amount was also socked away in people’s savings.

Financial advisors such as HCR Wealth Advisors will typically advise clients to save – because saving is a good thing. However, it’s not good when it happens all at once across an economy. This behavior was named “the Paradox of Thrift” by the renowned economist John Maynard Keynes. He felt that, while saving is considered good on an individual basis, it can be very bad for an economy when everyone reins in their spending at the same time.

How can a mass increase in savings eventually hurt the economy as a whole? It causes demand to fall and the economy to contract. It will affect economic growth. And, as the U.S. economy struggles to return to earlier levels of growth, that is precisely what has occurred.

Putting together a picture of what will happen in the future of an economy – even in a future as near as three to six months – means considering the facets mentioned above: GDP, unemployment, employment, consumer spending, and savings rates.

In Part Two, HCR Wealth Advisors will look at the Federal Reserve’s response to the COVID-induced economic downturn. After that, Part Three will explore the health of the U.S. market and what’s to come.