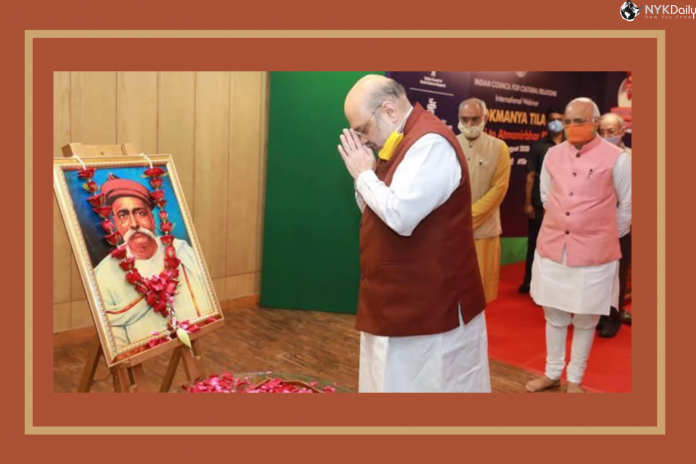 At a time when the Government has given a clarion call for Atmanirbhar Bharat, Union Home Minister Amit Shah on Saturday stressed the role played by Lokmanya Bal Gangadhar Tilak in achieving Swaraj.

Shah addressing an webinar organised by the Indian Council for Cultural Relations (ICCR) remembered Tilak and said: “Swaraj is my birthright and I shall have it”, saying this in the 19th century as well as spending one’s whole life to achieve it cannot be done by many.

“This utterance will always be associated with Lokmanya Tilak as golden letters in the history of freedom struggle of India.”

The topic of the webinar was “Lokmanya Tilak: Swaraj to Atmanirbhar Bharat” commemorating centenary of the pre-eminent freedom fighter of India. It sought to explore the legacy of Tilak in the 21st Century ‘New India’.

ICCR president Vinay Sahasrabuddhe said Tilak was “perhaps the first political leader in modern India to appreciate the importance of identity issues”. He said that when Tilak asserted ‘Swaraj is my birth right’, it was essentially about fundamental Human Rights at a time when it was not a part of contemporary discourse.