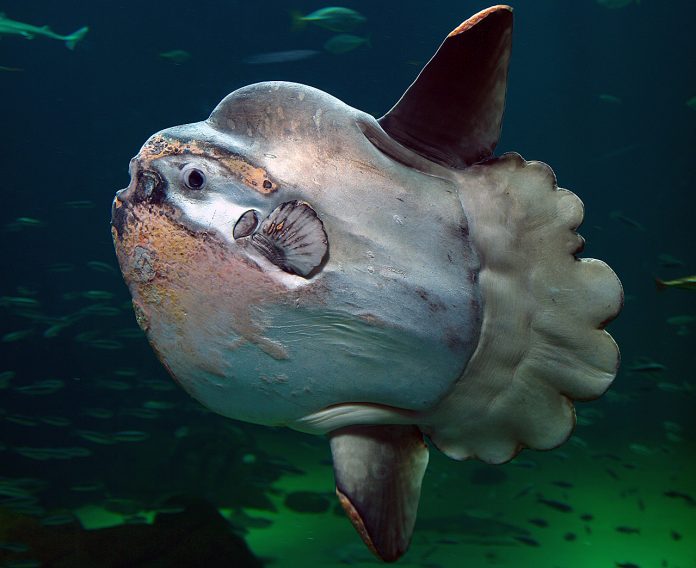 The ocean sunfish or Mola Mola is one of the most massive known bony fishes in the world. Adults typically weigh between 545–2,205 lb. The species is native to temperate and tropical waters around the world. Ocean Sunfish resembles a prehistoric shark that has lost its tail. It is unquestionably one of the most bewildering fish swimming in ocean waters. They are a creature of mysteries and extremes.