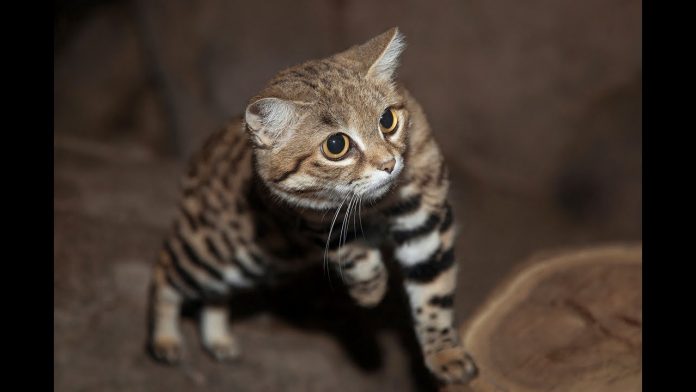 The black-footed cat, also called the small-spotted cat, is the tiniest wild cat in Africa, having a head-and-body length of 14–20 in. Despite its name, only the soles of its feet are dark brown or black. Its beautiful small spots and stripes on the brown fur are well camouflaged, particularly on moonlit nights. It bears black lines running from the corners of the eyes along the cheeks, and its banded tail has a dark tip.

Small-sized and cuddly faces don’t change the fact that Black-footed cats are the deadliest cats on earth. Here are six points that will prove this right.