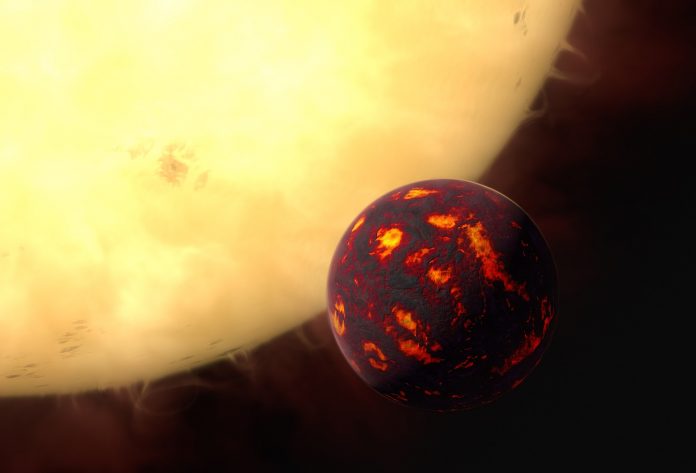 55 Cancri is an exoplanet in the orbit of its Sun-like host star 55 Cancri A. The mass of the exoplanet is about 8.08 Earth masses, and its diameter is about twice that of the Earth, thus classifying it as the first super-Earth detected around a main-sequence star, predating Gliese 876 d by nearly a year. It is also known as Janssen, and it exists around 41 light-years away from Earth. The planet is entirely uninhabitable.