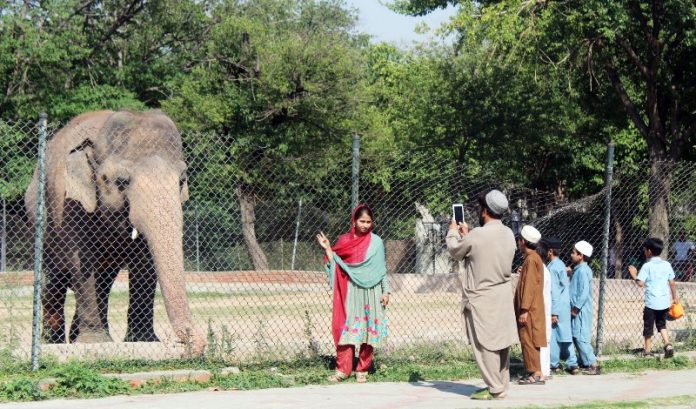 At least 513 animals were reported to have gone “missing” from Islamabads Marghazar Zoo, a media report said.

A notice issued in July 2019 by the Islamabad Metropolitan Corporation (IMC), which was managing the zoo then, said there were a total of 917 animals of and birds of different species, The Express Tribune reported.

In May, on the directions of the Islamabad High Court’s (IHC), the management of the zoo had been handed over to the Islamabad Wildlife Management Board (IWMB) with directions to shift the animals in the zoo to shelters.

However, the handover documents dated July 16, 2020, and signed by the Zoo Deputy Director Bilal Khilji, Ministry of Climate Change Biodiversity Director Naeem Ashraf Raja and the takeover authority, IWMB Chairman Anisur Rehman, showed that only 404 animals were handed over.

A comparison of the reports showed that the numbers of various animal species fluctuated with some, like those of the barking deer and the hog deer increasing from three to five and seven to 10 respectively, while those for some other species failing, said The Express Tribune report.

Among those whose populations fell included the spotted deer from 12 to 11 in a year.

Similarly, the population of the Chinkara gazelle fell from seven to three, that of the black buck gazelle from four to three, urial from 11 to just four, nilgai from 18 to 16, zebras from five to four, mallard ducks from 108 to 74 and rose ringed parakeet from 136 to 30.

The count for common doves, who were alone counted at 255 last year, was completely omitted from the handover document and it was thus unclear what their fate was.

Sources said that some precious animals at the zoo have either gone missing during this time or have been stolen, the report added.