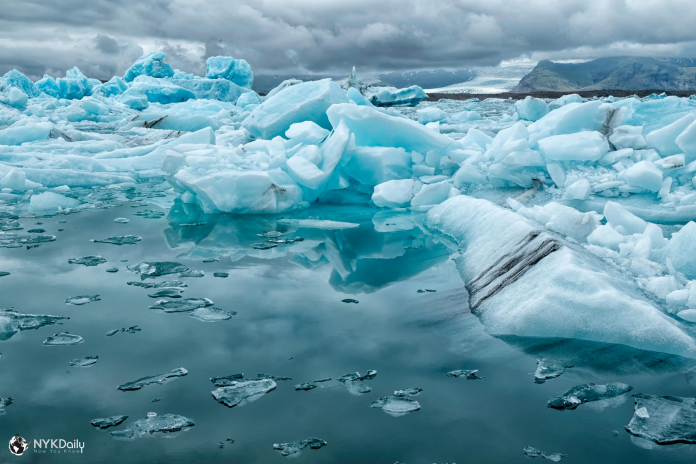 The Little Ice Age was a cooling period that happened after the Medieval Warm Period. It has been defined as a period stretching from the 16th to the 19th centuries, but some specialists prefer a period from about 1300 to about 1850.

The NASA Earth Observatory notes three unusually cold intervals: one starting about 1650, another about 1770, and the last in 1850, all divided by intervals of slight warming.

Evidence from hilly glaciers does suggest extended glaciation in several internationally spread regions outside Europe before the twentieth century, including New Zealand, Alaska, and Patagonia. However, the timing of supreme glacial progressions in these regions differs considerably, implying that they may represent largely independent regional climate changes, not a globally-synchronous elevated glaciation.

Europe: In 1303 and 1306, the Baltic Sea froze over twice; years followed by awkward storms, cold and rains, and an increase in the level of the Caspian Sea. The Little Ice Age caused colder winters to parts of Europe and North America. Farms and villages in the Swiss Alps were destroyed by meddling glaciers during the mid-17th century. Rivers and canals in Great Britain and the Netherlands were frequently frozen deeply enough to support winter festivals and ice skating. One of the reasons Great Britain invaded Indian subcontinent- ice across Britain had made parts of the UK inhabitable.

North America: Early European settlers and explorers of North America reported especially severe winters. For instance, according to Lamb, Samuel Champlain wrote bearing ice along Lake Superior’s banks in June 1608. Both indigenous peoples and Europeans experienced excess mortality in Maine during the winter of 1607–1608, and utmost frost was recorded in the Jamestown, Virginia, settlement at the same time.

Atlantic Ocean: In the North Atlantic, sediments stored since the end of the last ice age, nearly 12,000 years ago, show steady increases in the number of coarse sediment grains deposited from icebergs melting in the now open ocean, indicating a series of 2–4 °F cooling events recurring every 1,500 years or so.

Mesoamerica: An analysis of various climate proxies initiated in Mexico’s Yucatán Peninsula, linked by its authors to Aztec and Maya chronicles relating periods of drought and cold, supports the Little Ice Age in the region.

Australia and New Zealand: Insufficient evidence describes conditions in Australia. Lake records in Victoria suggest that conditions were wet and unusually cold, at least in the south of the state. Evidence suggests relatively dry conditions in the north, but coral cores from the Great Barrier Reef show related rainfall as today but with less difference.

Orbital cycles: Orbital forcing from revolutions in the Earth’s orbit around the sun has, for the past 2,000 years, produced a long-term northern hemisphere cooling course that lasted through the Middle Ages and the Little Ice Age. The rate of Arctic cooling is approximately 0.02 °C per century. This trend could be extrapolated to continue, probably leading to a full ice age. Still, the twentieth-century adequate temperature record shows a swift reversal of this trend, with a rise in global temperatures attributed to greenhouse gas emissions.

Solar activity: There is still insufficient knowledge of the relationship between cooling temperatures and low sunspot activity. During the period 1645–1715, there was a period of low solar activity known as the Maunder Minimum in the middle of the Little Ice Age. The Spörer Minimum has also been noticed with a necessary cooling period between 1460 and 1550. Other indicators of low solar activity during this period are levels of the isotopes beryllium-10 and carbon-14.

Volcanic activity: Throughout the Little Ice Age, the world encountered heightened volcanic activity. When a volcano erupts, its ash stretches high into the atmosphere and can expand to cover Earth. The ash cloud blocks out solar radiation, leading to worldwide chilling that can last up to two years after an eruption. Also released by eruptions is sulfur, in the form of sulfur dioxide gas. When it enters the stratosphere, it turns into sulfuric acid particles, which bounce the sun’s rays, further reducing radioactivity’s reach, striking Earth’s surface.

Decreased human populations: The Black Death is thought to have killed 60% of Europe’s population. The plague may have subdued the world population from an estimated 475 million to 350–375 million in the 14th century. It took 200 years for the world population to improve to its previous level. These large population reductions in East Asia, Europe, and the Middle East reduced agricultural activity. Reforestation took place, letting more carbon dioxide uptake from the environment, which may have been a factor in the cooling recorded during the Little Ice Age.