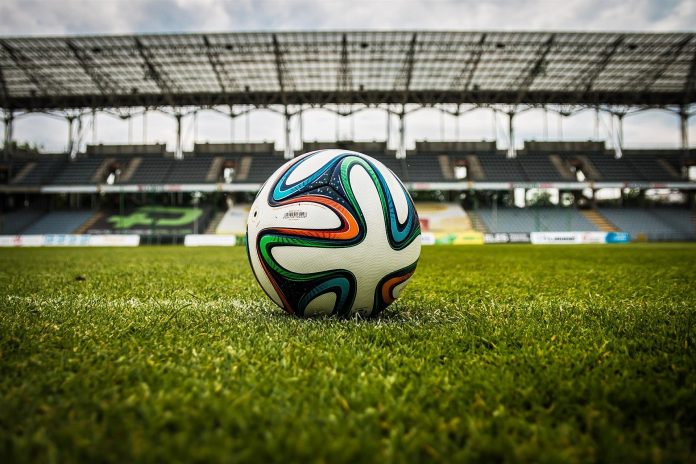 Even though most of the football period in 2020 was temporarily halted because of the coronavirus, we still had the opportunity to witness young players competing at the highest level. In this article, we will talk about 5 wunderkinders who have the chance to become one of the best representatives of football in the future.

Sancho was underrated at Manchester City, and in the summer of 2017, he moved to Borussia Dortmund, and then from the bench player, coming out only in the end of matches against tired opponents turned into one of the best wingers in the world. Over the past two seasons, Sancho has given up 39 assists in all tournaments and is the leader in the top 5 championships (along with Thomas Muller). Also for the last 2 seasons, Sancho is the best in Germany in terms of the number of successful dribbles, and he is very good at creating chances (if Sancho creates a clear scoring chance – it is almost always a goal). The obstacle to further progress and integration into the best players in the world could be the transfer to England. The player has long been on the radars of Manchester United. Sancho is not against the move, but it is unknown whether he will be able to adapt to the new club and in another league.

At the age of 14, Davis joined the Vancouver Whitecaps, and at the age of 15, he made his MLS debut, spent a powerful season there, and made his debut for the national team, becoming the youngest player in the history of the Canadian national team. Last winter he moved to Bayern and was seen as a future replacement for the veterans of Franck Ribery and Arjen Robben, as well as the potential competitor of Serge Gnabry and Kingsley Koman. He completely flourished this autumn as a left-back. Niko Kovac had already started using Davies in this position before his dismissal , and when Hans-Dieter Flick was appointed, he blossomed and began to play regularly (25 games in the starting lineup under Flick). Davies had a hard time rebuilding, he played in attack from a young age and was “imprisoned” under constant aggravation and shifts to the center.

Davies’ influence has so far reached massive heights in Canada. He is the one, many consider to become a future leader of the national team and the country is not particularly known for producing top-class players frequently, especially if we are talking about the player who plays for Bayern. His popularity has even reached the gambling industry and his name was used by the most popular companies in the country. This was particularly the case with using his name as bonus code on online roulette in Canada for real money as it was believed he was a fan of the game himself. Fortunately, though, this was very quickly debunked.

Davis does not stop to take risks, he constantly connects to attack and goes into dribbling. He is also one of the fastest players in the world (in the top of the Bundesliga on developed speed). In selections and tackles Davis also noticeably improved. Canada hasn’t been to the World Cup in over 30 years and Davis seems to be the one who can fix it.

Haaland was the leader of Molde at the age of 17, scored 4 goals in one of the championship matches, and moved to Salzburg in 2019. In the first six months he was adapting (only one match in the start in six months), and this season the whole world learned about him. Haaland scored eight goals in his first five games in the Champions League and has scored 28 goals in 22 games in a half-season and moved to Dortmund in the winter. In Germany, the striker continued to score goals with cosmic speed – seven goals with the first seven shots on target (in 136 minutes). Haaland has finally staked himself off the title of one of the most promising players of a generation, and we may be on the verge of witnessing a new superstar for years to come. Some suggest he will end up in the Premier League soon.

De Ligt made a breakthrough in Ajax in the 2016/2017 season, and very soon began to lead the older partners, and a couple of years later became the captain of the team (at the age of 18!). The defender was spectacular in the last season of Champions League – Ajax almost reached the final, and De Ligt was a stalwart in defense and scored first, against Juventus, and then Tottenham in the semi-finals. In summer, a real hunt for the player began, he could choose any top club in Europe but he selected Juventus. In August, also one of the best defenders of his generation Giorgio Chiellini was injured and De Ligt became the partner of Leonardo Bonucci, but it took him a long time to get used to Sarri’s defensive system. Transition to another championship and a different style of play at such a young age, as well as the language barrier would inevitably lead to mistakes – just as inevitable is further progress. De Ligt has the ability to become the leader in defense for Juventus, as he is strong mentally, and daily training with Chiellini and Bonucci will help to adopt tactical wisdom.

Havertz is already one of the main players of the Bundesliga and the brightest player of the new generation of the Germany national team. Havertz was at Leverkusen’s academy at the age of 17 and soon became one of the leaders of the team, but he is constantly working with Peter Bosz to progress further. He found the right role for him. Havertz scored 20 goals last season, but this fall, three goals in six months, and he was influenced by Brandt’s departure . He gradually got used to it and after the winter break, he regained his previous form: 19 points on the goal-pass system in 17 matches in 2020. The midfielder has already lined up and during this summer transfer window, a lot of people anticipate he will join the Premier League side Chelsea, who have already signed footballers like Timo Werner and Hakim Ziyech.

How to train for a marathon?