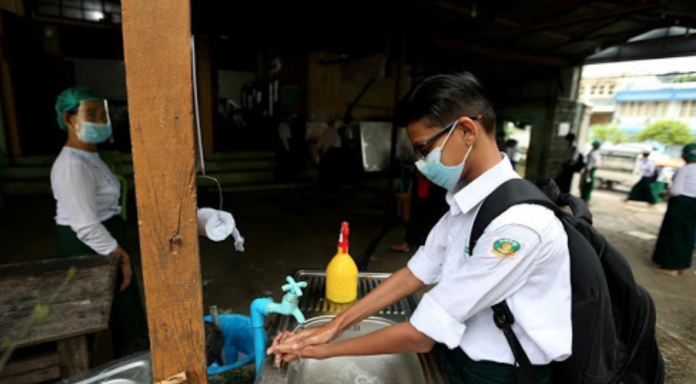 Over 50 percent of high schools have reopened across Myanmar so far since last month, an education official told us on Thursday.

Of 7,173 high schools, 4,156 schools have reopened since July 21, complying with guidelines set by the health authorities while the country is seeing continued decline in the number of COVID-19 cases.

“Some 500 more high schools will reopen today. Under the central-level cooperation between the health and educational bodies, arrangements are being made to reopen over 7,000 high schools as soon as possible,” said Director General U Koi Lay Win of the Basic Education Department under the Education Ministry.

Myanmar’s academic year usually starts in June, but this year’s term was delayed due to the outbreak of COVID-19 in the country.

The government reopened 3,772 high schools as the first phase of reopening schools in late July after two-month suspension.

Under new normal ways, the schools reopened with full compliance of preventive measures such as socially distanced classrooms, multiple-shift systems and others.

There are a total of 1.2 million high school students across the country.

Myanmar has reported 361 COVID-19 positive cases with six deaths as of Thursday morning, according to the figures released by the Health and Sports Ministry.