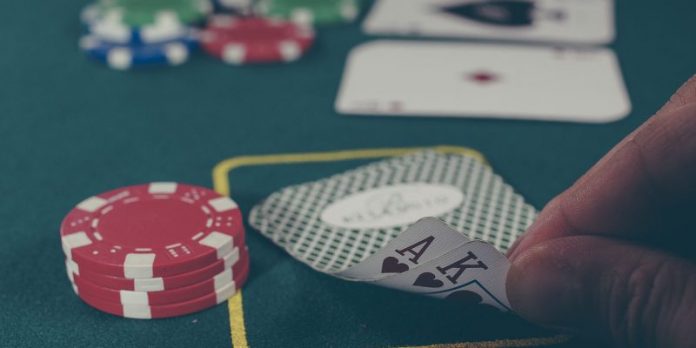 Of all gambling games, I love Teen Patti the most. The reasons are many. The rules are simple; the excitement levels remain unchanged throughout the game. As the players drop one after another and the game approaches a nail-biting showdown, the fun peaks and the frenzy intensifies.

Who has the best hand ranking? Who’s going to take home the pot? Suspense fills the air as we all await the result with bated breath. That’s how it feels when you play real money Teen Patti the traditional way.

But hey! There are stark differences when you play the game online at a casino website. I learned this when I recently signed up for a round of real money Teen Patti at a popular gambling site I found at GamblingBaba.com.

Here’s how online Teen Patti differs from the traditional game:

I was so used to seeing A-2-3 as the highest-ranking hand in a pure sequence that I was almost infuriated when one of the games replaced it with A-K-Q. But then, I realized these games are designed by foreign companies that are more familiar with poker.

Since Teen Patti resembles this game and gambling operators are trying to target a global player base, the traditional rules have been slightly tweaked for everyone’s convenience. Let me tell you there’s nothing wrong with it. The essence of the game is still the same.

You Can’t Play Against Fellow Punters

When you play real money Teen Patti online, you would usually pick the live dealer game where you play against a human croupier. Six cards are dealt – three for you and three for the dealer. Now, such games are adapted for multiple players to play simultaneously.

It is highly likely that more than one player is playing the same hand, but not against each other. It is different in the virtual game played against a computer AI where the outcome is random and multiplayer options are not available.

It is unlike traditional Teen Patti, where the players sit in a circle with the dealer at the center dealing three separate cards for each of them. You can request a fellow player for a side pot (compromise) in the offline game, which you can’t do online.

The only possibilities are the side bets facilitated in the game, which depend on the individual hands formed out of the player’s and dealer’s cards.

The most common side bets are Pair or Better and 3 + 3 Bonus. The former pays when the player has a pair or better in his hand. The latter involves both the player and dealer cards to form a 5-card poker hand.Better the hand, the higher the payout.

You Can Bet on the Outcome

In a twist to the classic Teen Patti game, some of the online variants allow players to bet on the outcome instead of playing the rounds. Such games are based on the hand strength of two players with three cards each, dealt by a dealer.

The end-user needs to bet on which player might have a better ranking hand. It is not like traditional Teen Patti, which is a game of skill. Instated, it is more of a guessing game with fixed outcomes and no in-betweens.

Do you play Teen Patti offline as well as online for real cash? Have you found any other difference than what I did? Share this article and let all punters know.