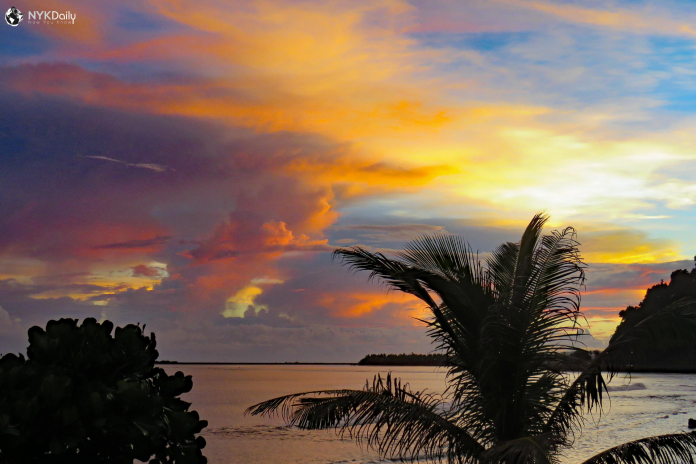 The National Park of American Samoa is a national park in the U.S. territory of American Samoa, spread across three islands: Ofu, Tutuila, and Ta‘ū. The park protects and preserves coral reefs, fruit bats, tropical rainforests, and the vibrant Samoan culture.

While venturing into the South Pacific’s heart, you will enter a world of sounds, sights, and adventures that you will find in no other American park. This park is probably the most remote national park and coupled with the welcoming nature of the people of American Samoa; this experience is unmissable.

Since the park is comparatively new and remotely placed, you will not find the general government facilities on the mainland. Instead, with a bit of traveler’s vibe, you can observe tropical forest plants and wildlife, discover secluded villages, snorkel coral reefs, and explore the sea vistas and beautiful island.

Enjoy this unusual national park and the welcoming people of American Samoa. Today, we will explore three of my favorite hikes in Samoa’s National Park.

Built in 1988, Samoa’s sole national park protects enormous swathes of marine environments and pristine landscapes on the Manu’a and Tutuila islands. The 1000-hectare Tutuila section crosses the north coast between the villages of Afono and Fagasa. Trails within park boundaries are often very well managed. Be sure to carry strong mosquito repellant.

There are hikes scores within the park to pick: brochures available online and at the information center list them all. In order of difficulty (easy to difficult), here are three of our favorite hikes:

Vatia is a tranquil village situated on an attractive, coral-fringed bay. Guarding the bay’s mouth, tiny Pola Island has sharp, sheer, 120m-high cliffs filled with seabirds. For a close-up of soaring birds and rocks, head through the park and village at the school, then walk 300m to reach the magnificently isolated beach at the cliffs’ base.

From Aua, a road switchbacks steeply up over Rainmaker Pass and down to Vatia and Afono. Between these two villages lies the lovely, withdrawn Amalau Valley, home to many woodland bird species, and two extremely rare flying fox species. Stop at the lookout point just past the western side of Amalau Bay for some gorgeous views.

Hiking the tracks leading up Mt Alava (491m) and then down to the coast is a beautiful way to encounter with the park’s mountain and lowland rainforests, flourishing birdlife, and the silence that pervades it. On Mt Alava, a safe stairway leads up to a Television transmission tower and the rusted remains of a cable-car terminal that once ran 1.8km over Solo Hill and Pago Harbor. The 5.5km ridge trail (1½ to two hours one way) begins from Fagasa Pass. Behind the rest fale at the end of this section, a very steep path (including ladders in places) leads 2km down to Vatia; allow an extra two hours for the descent.