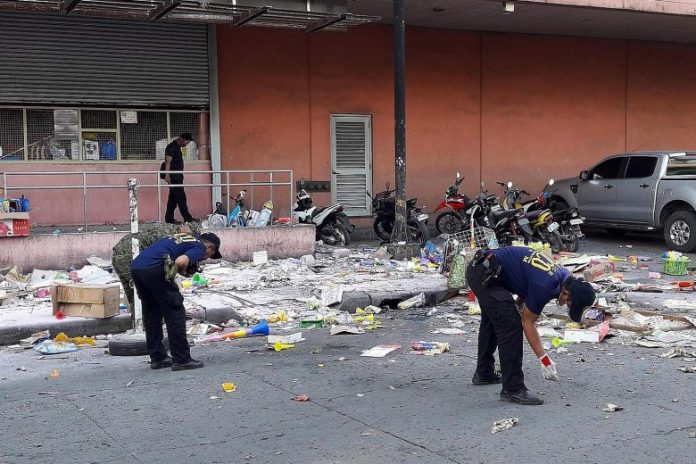 At least 10 people were killed and 17 others wounded in twin blasts in Sulu province in the southern Philippines around noon time Monday, the military and police said.

In an initial report, the military said the first explosion occurred around 12:00 noon in front of a grocery store along a busy street in Jolo, the capital of Sulu province.